According to the filing with the Securities and Exchange Commission, Supervalu shareholders would own approximately 80% of the newly separated company. At this time, however, it is unclear whether the spin-off will actually occur or if there will be any other changes in the company’s overall operations.

“We believe that separating Save-A-Lot from Supervalu so that it can operate as an independent, publicly traded company is in the best interests of both Supervalu and Save-A-Lot,” said Supervalu President and CEO Sam Duncan.

It was only last summer when Duncan initially brought up the possibility of splitting the Save-A-Lot business, believing that such a move would allow the retailer to better focus on its own operations.

“We believe Supervalu will be able to focus on providing wholesale distribution services to independent retail customers and operating its five regionally based traditional-format grocery banners. Save-A-Lot will continue to be a leader in hard discount grocery retailing in the United States,” Duncan continued.

As we previously reported, however, there were rumors that the company could also be considering selling Save-A-Lot in its entirety. Several private equity firms were reportedly interested in the banner, but no further details have been shared.

Eric Claus, the recently appointed Save-A-Lot CEO, told shareholders that he believes Save-A-Lot could more effectively focus on its growth and operating objectives and specific businesses characteristics as an independent, publicly traded company.

As of September 12, Save-A-Lot operated 441 retail locations and provides wholesale distribution to 901 stores that are operated by licensees under the Save-A-Lot banner. 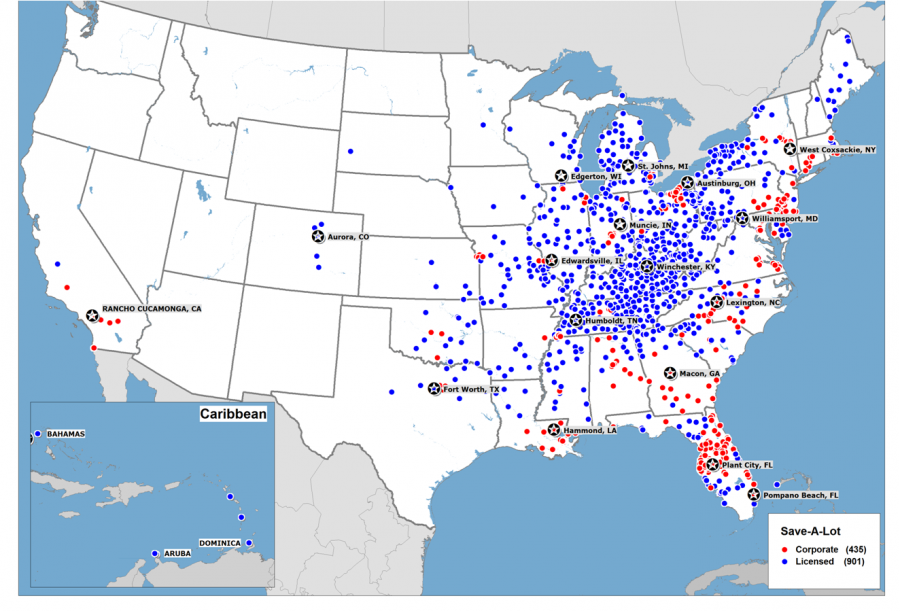 If the move is given the green light, shares would be traded on the New York Stock Exchange.  Each Supervalu shareholder would receive one share of Save-A-Lot common stock for every share of Supervalu common stock held by such stockholder on the record date. There was no indication of share price, however.

Save-A-Lot said in the filing that it plans to continue growing its footprint through the opening of both corporate and licensed stores.

“We believe the United States can support more than 3,500 Save-A-Lot stores under our existing store concept and layout. We expect this total number of potential stores could expand over time as the Save-A-Lot concept evolves. We plan to open approximately 90 stores per year in fiscal 2016 and fiscal 2017, and to maintain mid-to-high single digit rates of annual new store growth in future years,” the company said.

Stay tuned to AndNowUKnow as we continue to follow any further updates.