U.S. GULF COAST - Meterologists are reporting that Tropical Storm Gordon may make landfall over the central Gulf Coast Tuesday evening as a Category 1 hurricane, according to AccuWeather.

"Gordon made a first landfall near Flamingo, Florida, shortly after 9 a.m. EDT Monday," stated Senior Meteorologist Rob Miller. "As a result, Gordon will make two landfalls in the United States this week.” 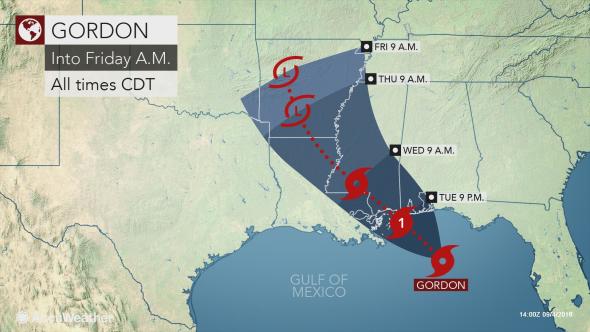 According to meteorologists, Gordon is moving quickly. Strong wind gusts of up to 75 mph, battering waves, above-normal tides, minor coastal flooding, flash flooding, and a couple of isolated tornadoes and waterspouts will be concerns in coastal areas from the upper Florida Gulf coast to the Louisiana Mississippi Delta region into Tuesday night.

Senior Meterologist Alex Sosnowski stated that Gordon’s fast movement, coupled with wind shear—a change in wind direction and/or speed with altitude—should limit the storm’s intensity. However, given how warm the water is, the storm will be monitored closely. 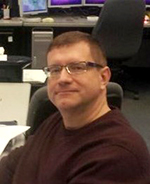 Flash flooding is likely from the central Gulf Coast to the lower Mississippi Valley, AccuWeather reported. Four to eight inches of rain can fall from the western Florida Panhandle through southern Alabama and into Mississippi. This rainfall will lead to flooding and possibly even some washouts of roadways, according to Hurricane Expert Dan Kottlowski. 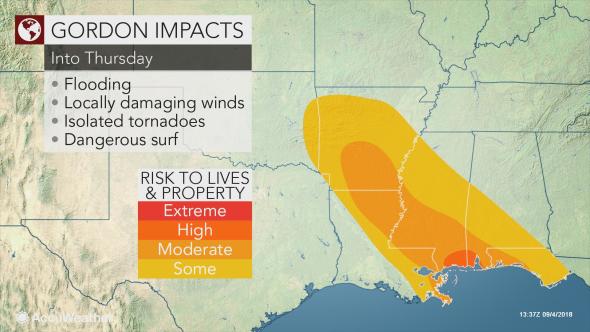 The storm may eventually join up with a non-tropical system across the northern tier of the country and enhance flooding downpours in the central Plains and the Midwest.

AndNowUKnow will continue to follow these storms as they develop and their potential impacts on fresh produce, so stay tuned.