BENTONVILLE, AR - Wal-Mart has annouced that it is adding fresh produce to its Savings Catcher price match program. Now just like with general merchandise, customers can use the receipt number from a recent purchase on Wal-Mart's website to compare the prices of the produce they purchased with that of Wal-Mart's competitors. According to WRAL, if the system finds that the shopper could have saved more money elsewhere, an eGift Card for the balance is issued to the customer. 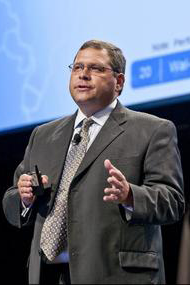 When Wal-Mart first rolled out its Savings Catcher program, Duncan Mac Naughton, Chief Merchandising and Marketing Officer for Walmart U.S., told investors in a press release that “our customers are savvier than ever when it comes to finding the best deals – they are using technology to do their research and spending hours clipping coupons. We knew there had to be an easier way. Savings Catcher offers customers yet another reason to trust us when it comes to helping them save. It brings greater price transparency to the market and gives our customers confidence that they are finding some of the best deals available in retail.”

Adding produce to this already impressive program just underscores Wal-Mart's commitment to offering the lowest price point on the market.

It is also a nod to the increasing importance that the produce aisle is playing in the retail game. American consumers want to eat healthier and are turning more and more each year to fresh fruits and vegetables to feed their families.

AndNowUKnow previously covered how Wal-Mart implemented its Savings Catcher program to combat increasing pressure from competitors. This pressure has only increased since Dollar Tree and Family Dollar announced their merger. Wal-Mart executives are confident however that their company has what it takes to retain its spot atop the retail market and produce could be paving the way.