BENTONVILLE, AR – In what seems to be an effort to close the price gap between itself and German-based discounter Aldi, Walmart has begun to run new price-comparison testing in 1,200 U.S. stores—potentially spurring a price battle between the company and its rivals.

The company’s price test has been launched across 11 Midwest and Southeastern states—including important markets in Iowa, Illinois, and Florida—and focuses mainly on the stores’ grocery business, according to news source CNBC. Other markets include: Georgia, Indiana, Kansas, Kentucky, Michigan, North Carolina, South Carolina, and Virginia. 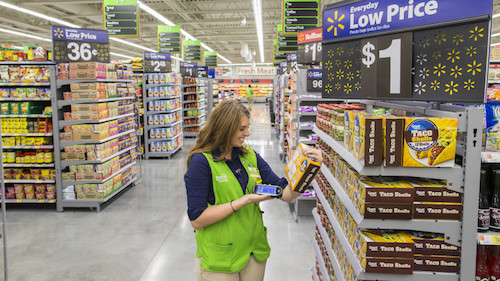 Reuters has reported that spot checks of five cities throughout Iowa and Illinois showed Walmart is already working to lower prices in a bid to attract more shoppers.

According to CNBC, Walmart held a series of meetings last week with major suppliers like Procter & Gamble, Unilever, and Conagra Brands, in which the retailer reportedly requested a 15 percent reduction in cost. The news source’s vendor sources reported that Walmart expects suppliers to help the company in its effort to best rivals on head-to-head pricing on 80% of their offerings.

These efforts to combat competitors come at a time when another German-based discounter, Lidl, is set to make its first foray into the U.S. market this summer. 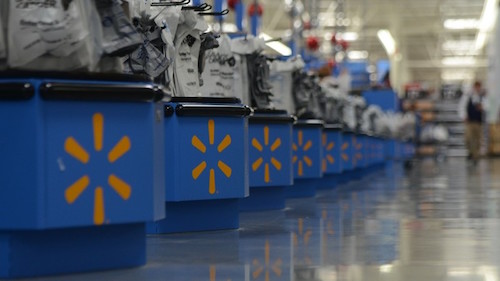 "Wal-Mart is trying to go back to where they were 10 years ago when they were absolutely the low-price leader," an anonymous representative of a large packaged food supplier reportedly told Reuters. "We understand they are willing to give up profits to a large extent in some cases, so they can invest in their own brand."

In the U.S., Aldi is still a small presence, with Lidl set to open its first store this summer. Aldi, with roughly 1,600 U.S. stores, accounts for only about 1.5 percent of the U.S. grocery market—but it is growing at 15 percent a year. Walmart currently controls roughly 22 percent of the market—but is growing at a much more staid rate—two percent this year, according to CNBC.

How is this heated price competition primed to shape the retail landscape in the next few years? AndNowUKnow will keep you up to date with developments as they occur.