SUNBURY, PA – With its fourth quarter now over, it seems Weis Markets is on the move with some upward momentum. The company saw a 17.6 percent rise to its sales over its Q4, in comparison to last year, in addition to other gains.

"In 2016, we acquired and converted 44 stores in 96 days and generated more than $3 billion in sales for the first time in our 104 year history," said Jonathan Weis, Chairman and Chief Executive Officer. "We continued to improve every aspect of our operations in 2016, including supply chain, merchandising and in-store experience, which resulted in a year of strong sales and earnings growth." 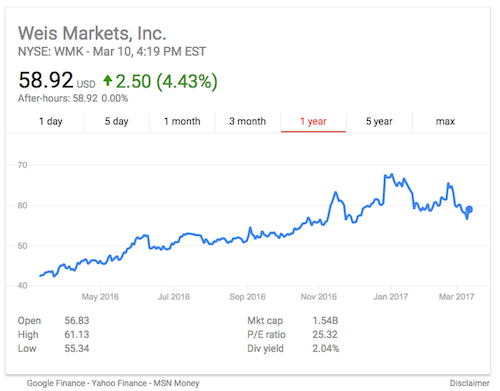 Weis Markets stated that its non-GAAP net income increased 4.1 percent to $17.3 million, with an EPS totaling $0.64. The company’s growth continued to extend across the board for its final quarter of 2016. According to a press release, for 2016’s 14-week period compared to 2015’s 13-week period, other highlights included:

Along with the report for its 2016 Q4, the company also released its 2016 Year-to-Date results. During the year, in comparison to 2015, Weis’ sales increased 6.9 percent, with comparable store sales increasing 2.9 percent. 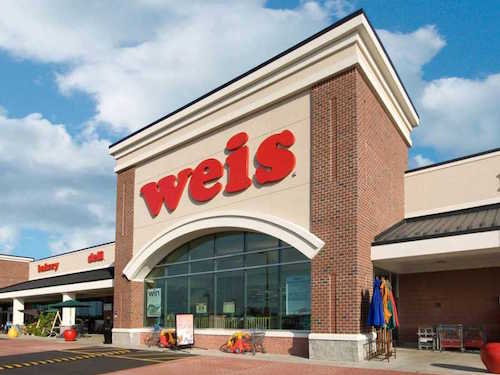 As the company looks to the new year, it seems to have more plans for growth in store for 2017. Weis recently unveiled a new prototype that focuses on catering to consumers’ preference for convenience, in addition to housing a massive produce department.

Will Weis Markets report continued sales increases for its 2017 Q1? AndNowUKnow will keep you attuned.