DALLAS, TX - Though the chain may already be nationwide, 7-Eleven’s moves towards growth are not over. The company is looking to boost its presence in key regions through a new acquisition. 7-Eleven will buy Sunoco in a $3.3 billion deal.

"This acquisition supports our growth strategy in key geographic areas including Florida, mid-Atlantic states, Northeast States and Central Texas," Joe DePinto, President and CEO of 7-Eleven, said in a statement.

The deal will result in 7-Eleven gaining 1,108 Sunoco locations. According to USA Today, this move stems from the company’s parent, Seven & I, and its announcement in October to expand 7-Eleven's network and strengthen its merchandising. The company intends to have 10,000 stores by the end of the fiscal year in February 2020.

For 7-Eleven, this latest move could boost its last announcement. As we previously reported, Senior Director of Food Innovation Anne Readhimer made headlines when she announced the company would be remodeling its stores to focus on fresh.

The Sunoco stores, located in 18 states across the U.S., will further escalate the retailer’s plans for growth. Once the deal closes, 7-Eleven’s total number of stores will have increased to 9,815 locations throughout the U.S. and Canada. Most of the locations are in the Eastern U.S. 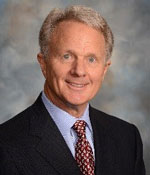 "Our supply agreement with 7-Eleven provides SUN with a predictable long-term income stream, and this transaction quickly allows SUN to improve its financial profile," Sunoco President and CEO Bob Owens said in a statement.

200 of Sunoco’s locations, located in North and West Texas, New Mexico, and Oklahoma will be sold in a separate process. Sunoco stated that this strategy is part of the company’s new focus on its fuel operations.

The company stated that transaction is expected to close in the second half of this year.

Will these new locations launch 7-Eleven into the world of fresh fruits and vegetables? AndNowUKnow will report.