JACKSON, CA - If you’ve seen Jerry Seinfeld’s Comedians in Cars Getting Coffee, you have a rough idea of how I learn about the fundamentals and foundations of cycling, fresh produce, and how the two came together from Anthony Gallino.

Anthony has been championing cycling’s power to promote produce longer than he has held the title of Vice President of Sales for California Giant Berry Farms, having initially pitched the idea of what marketing in the circuit could do for our industry to the California Strawberry Commission more than 15 years ago. 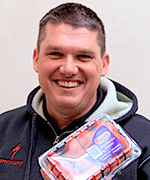 “I thought it would be a cool marketing idea and had about five kits or so made back in the late 90s,” Anthony tells me as we drive behind nearly 20 cyclists sporting every kit from California Giant and Church Brothers, to Taylor Farms, Jazz Apples, and some Tour de Fresh jerseys from previous years. “There were none of these at the time. I went to the Strawberry Commission first, which was a one-year deal, back in 2001. California Giant took on the sponsorship in 2002.” 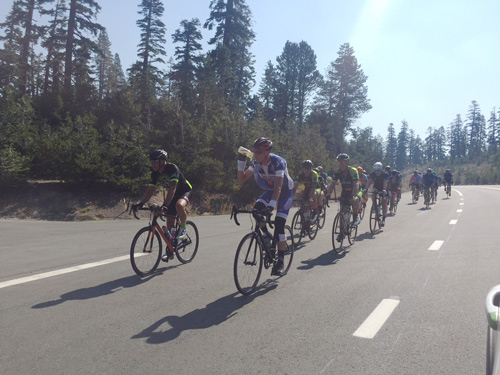 If you’ve followed my previous coverage of the event, you know that I liken the produce and cyclists mentalities often, so it didn’t surprise me when Anthony told me he and Cindy knew who to start with when looking to get Tour de Fresh off the ground.

“I knew there were some people riding in the industry. Church Brothers had a group, Adam Linder, and a few others. Some only signed on for the first year and some have been with us all the way through,” he tells me, and I ask about those first days. “It was first called Ride into PMA, but we knew we needed something different. I remember we were sitting in Cindy’s office where we’ve hashed out so many ideas, and we finally came up with Tour de Fresh.”

Just a couple of nights ago, Anthony told the group as a whole that it was Cindy who told him he needed a name and a good cause to attach to the idea he loved of a produce crew riding into a convention together. Salad Bars for Schools was that cause, and more than $600,000 raised later, Anthony tells me he hopes to see it continue on ever stronger. 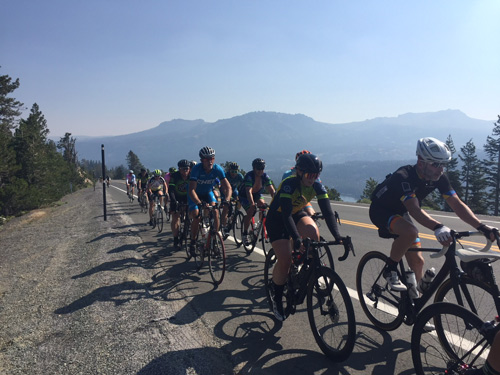 “I would love to see this continue to grow, not necessarily in riders but in sponsorship and support—it’s a great cause. I’d also love to see more involvement from the customer side of our business, like retail and foodservice, because not only is it a great thing, but it does help the bottom line,” he says.

When he mentions this, I reaffirm my shock at the numbers Tom Stenzel shared with us the night before, and how placing over 5,000 salad bars in schools at $3,000 a piece has not only helped turn the next generation onto fresh fruits and vegetables, but to generate more than $30 million a year in fresh produce purchases. As for Tour de Fresh itself, the bar remains high as Anthony shares the team’s next milestone marker. 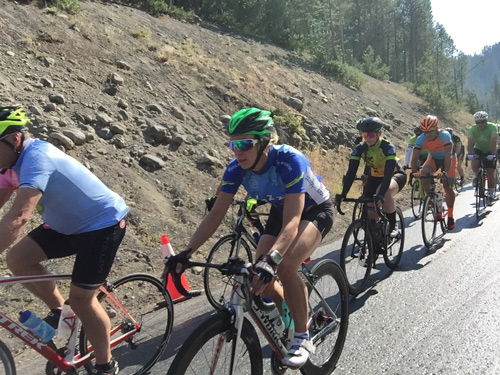 “The goal is to hit the million-dollar-mark in the next couple of years,” he says, and as interest and miles continue to rack up, I have no doubt they’ll hit it.

Day two is under way and Mother Nature has brought the heat down on our caravan. As we look to keep the riders cool and the donations coming, keep checking in for more from the road of the 5th Annual Tour de Fresh.