MONTVALE, NJ - As the bankrupt A&P prepares to shut down its final location by the end of this month, new reports have revealed that 100 of its 296 stores up for auction have failed to find buyers.

According to estimates, this is 50 percent more unauctioned stores than experts previously estimated. Sources have revealed that stores were passed on because they were either in unfavorable locations or had bad leases. As a result, thousands of employees will be laid off as the bankrupt company closes the last of its stores on Thanksgiving Day. 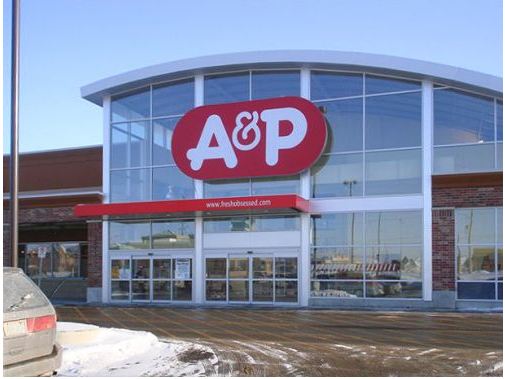 Most recently, retailer Best Market entered a tentative agreement to buy the leases of two Waldbaum's stores, including Great Neck for $1.5 million and Selden for $612,500, as well as three Pathmarks: one in Shirley for $1.1 million, one in Islip for $612,500, and one in West Babylon for $600,000. It also agreed to buy a Food Emporium location on Greenwich Street in Manhattan. The total for these transactions will come to $4.425 million, Best Market confirmed to Newsday.

While many stores will be closing and laying off employees, Acme and Stop & Shop will be hiring more workers than even A&P originally did. According to John Niccollai, President of Local Union 464A, “A&P substantially understaffed its stores.”

An Acme store in Vernon, NJ, for example, is hiring 50 additional workers and Stop & Shop is hiring roughly 10 percent more staff than had worked in the A&P stores it bought, according to the New York Post.

For more on this story as it develops, keep tuning into AndNowUKnow.