PHARR, TX - Crimes against fresh produce have surfaced once more as officers with U.S. Customs and Border Protection (CBP), Office of Field Operations (OFO) at the Pharr International Bridge cargo facility came across another shipment containing illegal narcotics. The officers discovered a produce shipment from Mexico containing alleged methamphetamine hidden within the trailer.

“This is a substantial amount of hard narcotics seized from drug trafficking organizations attempting to smuggle drugs across our border,” said Carlos Rodriguez, Port Director, Hidalgo/Pharr/Anzalduas Port of Entry. “This significant interception will keep the drugs from reaching our communities.” 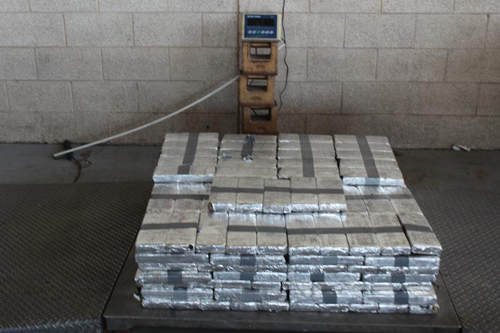 On February. 21, 2021, a tractor/trailer hauling a commercial shipment of fresh mixed produce arrived at the Pharr-Reynosa International Bridge cargo facility from Mexico. According to the release, a CBP officer referred the shipment for further inspection, including non-intrusive imaging (NII) system examination, which led to the discovery of packages of suspected narcotics concealed within the trailer’s floor.

CBP OFO seized the narcotics along with the tractor/trailer and the case remains under investigation by Homeland Security Investigations (HSI).

Another attempt at using fresh produce for illegal means thwarted thanks to the U.S. Customs and Border Protection. For more news in our industry, keep an eye out for AndNowUKnow.