JOLIET, IL - Strack & Van Til parent Central Grocers, Inc. has announced that it and all of its subsidiaries have voluntarily elected to file for Chapter 11 bankruptcy.

As a result, the company said it is initiating an “orderly sale” of the chain.

"In light of the increasingly difficult environment for independent supermarkets and retailers, we have been working tirelessly to achieve an outcome that is in the best interests of our stakeholders,” Ken Nemeth, President and Chief Executive Officer of Central Grocers, said in a press release. “We are using this court-supervised sale process to provide us the time and flexibility to conduct an orderly sale of the Strack & Van Til stores, while we work to sell the warehouse in Joliet and wind down our wholesale distribution operations."

As we previously reported, creditors like the Coca-Cola Company, General Mills, Mars Financial Services, and Post Consumer Brands filed a case in an attempt to recoup a debt from the company totaling $1.8 million. In view of this voluntary move, the company said it intends to file a motion shortly in the U.S. Bankruptcy Court for the Northern District of Illinois seeking to dismiss the involuntary bankruptcy case. 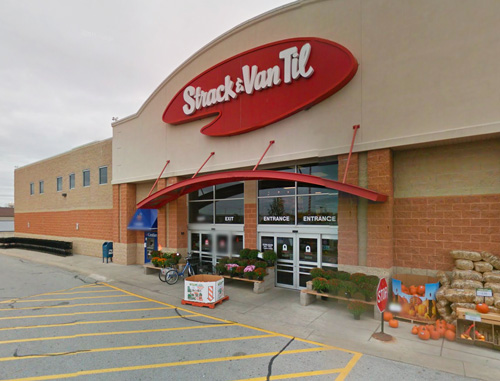 In addition to selling the Strack & Van Til banner, which the company said it anticipates entering into a sale agreement with a stalking horse bidder in the near future, there are also plans to sell its distribution center in Joliet as it seeks to streamline wholesale distribution operations.

The retailer did emphasize that it will keep all 22 Strack & Van Til, Town & Country Market, and Ultra Foods stores open during the process.

"Our stores are open, and we are as focused as ever on supporting our customers and providing the legendary service that we are known for,” Jeff Strack, President and Chief Executive Officer of Strack & Van Til, said. “As we move through this process, our priorities, values, and commitments to our customers and our communities will not change. We thank our loyal customers for their continued support, and we thank our employees for their hard work and dedication."

Employees are receiving pay in ordinary course, and the retailer stated it intends to pay vendors in full for goods and services provided on or after the filing date, May 4, 2017. To support operations during the court-supervised process, Central Grocers has filed a number of customary motions seeking court authorization to continue on.

The company said that it has also been cooperating with its lenders and expects to have access to sufficient liquidity to continue operating its stores and winding down the distribution center in an orderly fashion.

AndNowUKnow will continue to follow updates on this story as it develops.