CALIFORNIA – Westerners are experiencing unseasonable weather this week. A blast of cool air from the northern Pacific Ocean is expected to push into the Northwest, and expand throughout the region—bringing rain, cold air, thunderstorms, and even snow. 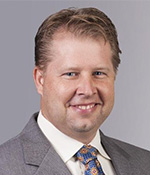 "The pattern coming up for this weekend into early next week in the West is like a forgotten piece of March or early April," said Long-Range Meteorologist Paul Pastelok, in an AccuWeather report. In fact, the report notes that temperatures may decrease as much as 20 to 40 degrees throughout the state as the cold front passes through.

Showers were seen not just in AndNowUKnow's home town of Sacramento, but throughout the region and down into Southern California.

The Sierra Nevadas will see temperatures drop as low as the 30s—possibly the 20s—and snow levels may dip below 5,000 feet in the Cascade Mountains and 6,500 feet in the Sierras. Many parts of the state are expected to receive several inches of snow. 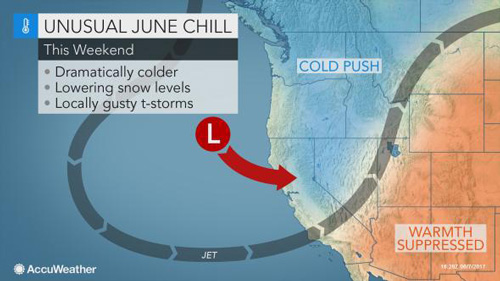 The cold front is expected to push further east in the next week and may then similarly affect the Rocky Mountains. Unseasonable weather in California will be relatively short lived, though, with SFGATE reporting that warm weather will begin to return by Monday, with temperatures reaching over 90 degrees by Thursday.

Could cold and wet weather in the middle of June disrupt growing in the state? AndNowUKnow will continue to bring you updates.