NORTHERN CALIFORNIA - Today has started with a smokey sheen of false overcast in Sacramento, California, much like every other morning since the Mendocino Complex Fire set aflame on July 27. Having burned 290,692 acres as of 7 a.m. yesterday, per Cal Fire’s incident update, it is now the largest recorded wildfire in California history.

Various parts of Lake, Mendocino, and Colusa counties remain under evacuation orders and advisories, according to The Sacramento Bee, and the region continues to see road closures, notably along Highways 20 and 29. While it is not good news by any means, there is hope for the business end of our industry as those acres have steered clear of growing areas. 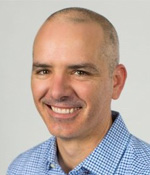 “The fires are far enough away that they have had no effect on us. We have had a couple of hazy days, but nothing more,” Jeff Church, VP of Sales for Church Brothers Farms, assures me. He adds air quality has not been an issue for their operation, with business and production running as usual. 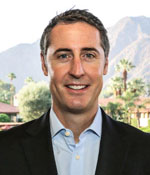 “There’s no effect on the fruit or its quality because there’s no heavy smoke or ash close enough by. We’re just experiencing bad air quality,” Randy Giumarra, VP of Sales for Giumarra Vineyards and current CFFA Chairman shares. “We are watching the Air Quality Index (AQI) very closely and will continue to do so until the fires are contained. Our thoughts go out to all those impacted by these fires."

The complex fire, defined by the National Wildfire Coordinating Group as “two or more individual incidents located in the same general area which are assigned to a single incident commander or unified command,” is comprised of what is known as the Ranch Fire and the River Fire. Both started the same day, with the Ranch causing significantly more damage.

The latest in evacuations, acreage, and more can be found via the Cal Fire incident information page here.