And as a result of those positive numbers, analysts at The Motley Fool report, Costco’s stock soared last week. The company’s stock charted as high as $248.26 per share, according to Google Finance, belaying fears, the analysts suggested, brought on by slow March comparative sales increases. 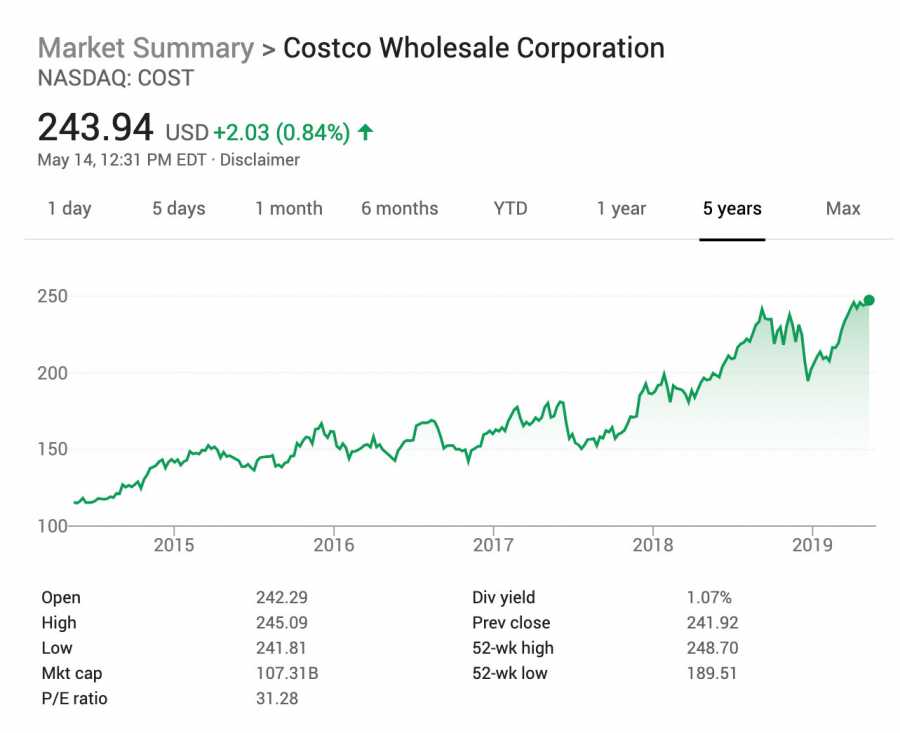 The company also reported net sales of $99.89 billion for the thirty-five weeks ended May 5, 2019—an increase of 8.3 percent from $92.24 billion during that same period last year.

Describing comparative sales growth headed into March, The Motley Fool noted: “Costco's comp sales growth would have been a little below 5% without the Easter shift. Most retailers would be delighted with a result like that, but Costco shareholders were hoping for more. In the first half of fiscal 2019, comp sales rose about 7% year over year.”

This week, Costco’s numbers slid back from a $248.26 per share high last Friday. Will Costco continue to reap the rewards of strong sales and investors’ confidence? AndNowUKnow will continue to report.