The FAA Has Now Approved Over 500 Drones

UNITED STATES - Getting the Federal Aviation Administration (FAA) to approve your drone for commercial use hasn’t always been easy. In fact, until just recently it was nearly impossible. You may remember our story from this January about the first-ever drone approved by the FAA for agricultural use. Well, in the past six months, the FAA have approved over 500 exemptions for everyone from farmers, to security companies, to film production companies. 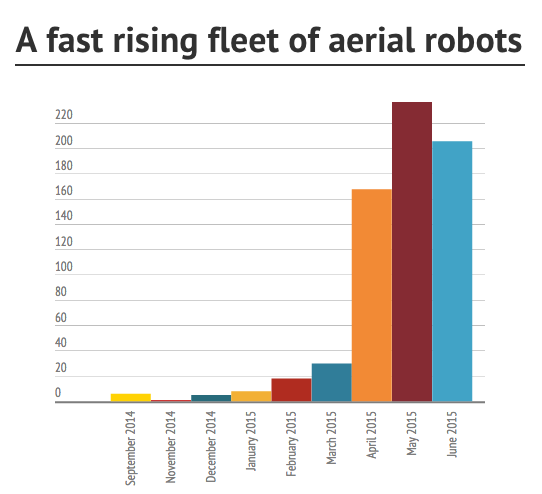 In the last two years, a lack of specific legal framework for commercial drone flight in the US has been a hindrance to growth of the industry, some are saying.

"Getting an FAA exemption was pretty complicated, and hence you mostly had just larger companies, military contractors, and big energy firms spending the effort to obtain them," Bilal Zuberi, a Partner at drone-savvy firm Lux Capital, tells The Verge. "At one point having an exemption was thought of as a real competitive advantage. That's no longer the case. It’s now just a basic, painful, bureaucratic process of standing in line to get your permission."

Now, working with the Center for the Study of the Drone at Bard College, the Verge has collected data on all commercial drone exceptions by the FAA to give us this informative snapshot of the rapidly expanding industry. On The Verge’s website here, you can find an interactive database that allows you to get a clearer picture of the approved companies and what they are planning to do with their drones. 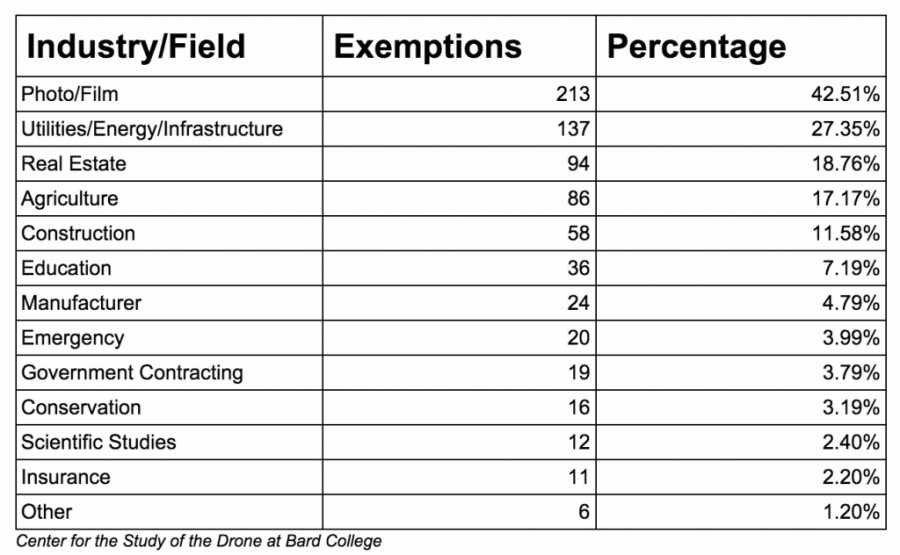 Even in the past six weeks since The Verge started working on this project, they say the number of drone exemptions processed by the FAA has nearly doubled.

"Over the last 12 months, one of the things I have noticed is major corporations have decided the existential risk of drones is gone," continued Zuberi. "Now most big companies have tasked somebody to figure out their "drone" strategy. Previously there was a lot more action happening overseas.”

Thankfully for our industry, however, it looks like that is all starting to change.