SAN FRANCISCO, CA – The next step has been unveiled as investors continue their legal quest against The Fresh Market Inc. and Apollo Global Management LLC. The retailer's investors appeared in federal court earlier this week to ask that a class of shareholders receive certification, broadening the number of members covered by the suit.

“It can be said without fear of gainsay that the proposed class of former Fresh Market shareholders meets the numerosity requirement and that the complaint alleges innumerable common questions of law and fact,” the investors said, according to source Law360.

If class certification is granted, the investors stated that hundreds if not thousands of potential class members from around the country could be identified by The Fresh Market records. The investors are seeking to certify a class of individuals who tendered or were forced to otherwise relinquish their shares of The Fresh Market common stock due to the company’s acquisition by Apollo Global Management. 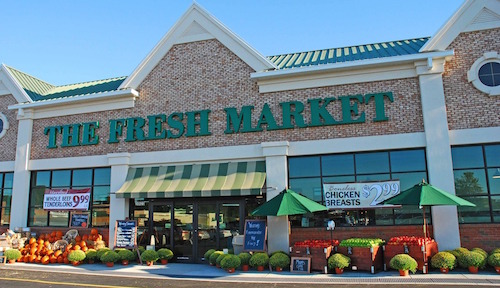 The plantiffs in this particular case, led by Bruce S. Sherman and The Bruce & Cynthia Sherman Charitable Foundation, was filed in March. The suit alleges that The Fresh Market’s former board undervalued the company in Apollo’s acquisition, and that its Founder Ray Berry and his son, Bretty Berry, colluded with Apollo in the sale.

Apollo Global Management acquired The Fresh Market in April 2016 for $1.36 billion, by purchasing all outstanding shares of The Fresh Market for $28.50 per share through Apollo's affiliate Pomegranate Merger Sub Inc. Law360 noted that since its acquisition the deal has been challenged by multiple investor suits.

The shareholders allege that the Berrys and Apollo excluded the possibility of any other successful bidders, according to Law360, and agreed to sell the company at a vulnerable time after the retailer replaced its long-time CEO. After the exchange, the Berrys were allegedly allowed to retain their stake in the company. The suit also states that the company made several false and misleading statements in public documents leading up to the sale, failing to adequately disclose material information.

The investors stated in court that the individuals in question for its latest request “overwhelmingly satisfy” the requirements for certification, adding that the factual and legal bases for all their claims are exactly the same. These individuals suffered the same damages as a result of the identical conduct in violation of the same federal securities laws, according to investors. The investors also asked the court to appoint Brower Piven PC as class counsel.

Will class certification be appointed, and what next moves will this mean for the case? AndNowUKnow will report.