ANAHEIM, CA - A balloon in one hand and business cards in the other. Such is the well-rounded approach I saw amongst foodservice operators, retailers, suppliers, and all other forms of attendees enjoying the new direction of The FPFC Expo.

Carissa Mace, FPFC President, shared that close to 1,500 were in attendance with a higher percentage of retailers and buyers this year because of the changes the council made, including those from the Pacific Northwest that had never been to this show before. 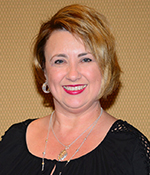 “We made a lot of changes to the show this year, especially with the new format. We were able to bring more buyers to the show with our new sponsorship packages, and we overall heard a very positive response to the new floor plan,” she commented.

Kicking off with actual magic, the invitation-only Opening Night Adventure inside Disney's California Adventure park, right across from Disneyland, welcomed industry members and their families for food and fun. 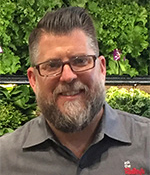 “The FPFC is sensitive to the industry and the 'pulls' on both retail and supply as trade shows begin to populate the calendar,” Raley's Michael Schutt said. “To that end, we have opted to consolidate two regional shows into what we hope is one spectacular destination where there is not only trading space for retail and supply to intersect, but a pre-expo event that welcomes both industry members and their families, too.”

Some started out with the legendary rides the park had to offer, tying the night off with music, food, and drinks, not to mention caricature drawings and photo ops with Disney’s Chip and Dale. Others went in for mingling and memorabilia first before enjoying the lights and offerings of the venue. 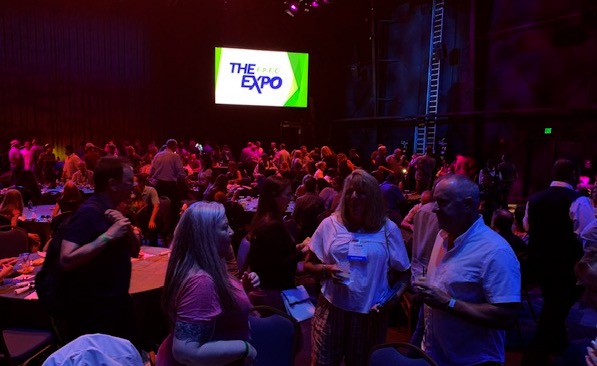 Either way, upward of 900 people were there to start the event, many of which closed out the night with Disney’s amazing World of Color, where produce members brought their families to watch water, lights, and music create a show only Disney could cultivate. Let me tell you, I now know how industry roots are planted in the next generation!

The next day we saw there was a new approach to the show floor awaiting attendees, with floral on one side of set tables for meeting and eating, and a dynamic collection of produce businesses on the other. Through the gathering were more rows, fitting exhibitors neatly into a space that seemed to encourage easy walking, mingling, and connecting. 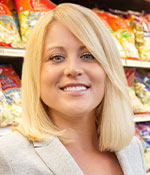 “This year’s FPFC allowed me to connect with old and new vendors alike. From riding Incredicoaster with some of my incredible vendors and industry friends, to meeting new vendors and seeing innovative products at the show, this show offered everything. Last year, we started a cut floral program with a new vendor we met at FPFC Expo. It was great to meet the actual owners, review what we have accomplished in one year, and where the future will take us. FPFC was an impactful show that I know I will be at next year!” Caitlin Tierney, Director of Produce at 99 Cents Only Stores, shared with me. 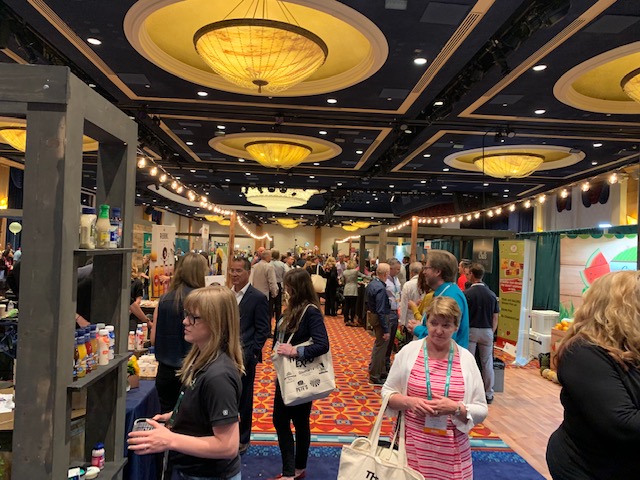 A highlight for me and those I heard from was the extra energy apparent from both the FPFC and attendees—energy from the council for having combined what has traditionally been two shows (one in Northern California and the other in Southern California) for one main event, and energy from those in attendance that I credit to the maximized timing of the schedule.

“This year the FPFC really showed how it is growing, and it was refreshing to see new faces at this years’ events. The Opening Night Adventure offered a unique way to connect with the industry and the World of Color was breathtaking!” Catherine Gipe-Stewart, Communications Manager for Domex Superfresh® Growers, shared. “This was my fourth year attending the FPFC Expo. My first year I was an FPFC Apprentice (Class #3), and many of the industry veterans I met then I can now say are close industry friends. It’s amazing how close-knit this community is, and how much they value mentorship.”

What is on the horizon now that FPFC has taken steps to further create a support system for the western region for fresh produce? The Pacific Northwest? The Southwest?

I am definitely excited to find out, whichever way this new direction goes.