SPAIN - While the Spanish economy has taken a hit over the past several years, consumers and retailers are beginning to see signs of growth. With things on the uptick, produce merchandisers are noticing new trends among Spanish consumers and retailers, ones which the industry would be wise to pay attention to.

Any retailer will tell you that presentation is key to healthy produce sales and this is no different in Spain. Phil Gruszka, of Gruszka Consulting, noted that large display formats are becoming increasingly popular among Spanish consumers. In order to draw attention to on-sale items, they are allocating more space in stores. The total merchandising area is regularly set and is changed out for items on sale as promotions change. 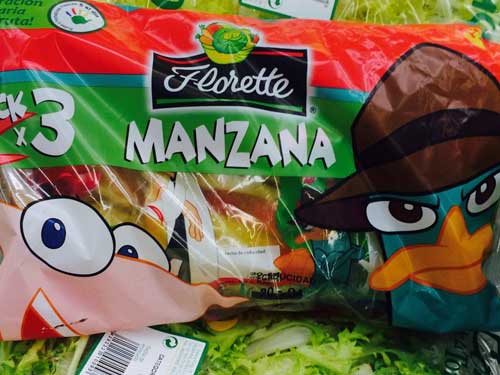 Prepackaged and value added fresh fruits are very popular with Spanish consumers. Many feature health related claims, one of the biggest right now being ones about anti-oxidant properties. Cartoon characters are also becoming increasingly popular on prepackaged fruits, as retailers try to market more produce to younger children. Also popular are 'Grab and Go' fruit cups which consumers appreciate for their portability, and can be found in many stores in large, well stocked displays. 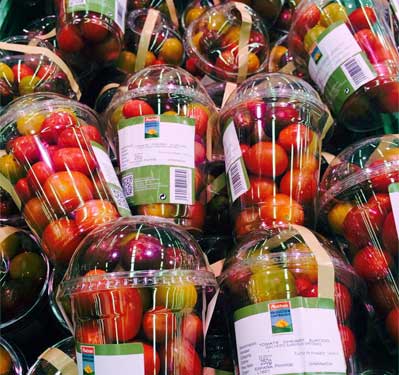 As for prepackaged vegetables, value added varieties which can be easily incorporated into sautes, soups, and stir frys are currently very popular. 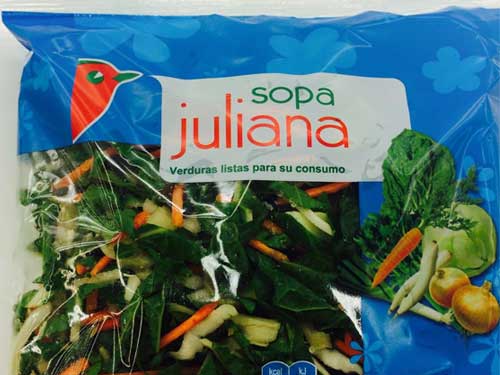 In addition to prepacked varieties, bulk produce is also widely available in Spanish supermarkets. In order to streamline the checkout process, many retailers have set up a system whereby bulk produce is weighed and tagged with a scanable price ticket long before the customer gets to the register. With no scales at the registers, lines move faster and grocers operate more efficiently. To this same end, the Hypermarket chain of grocery stores installed a set of self-checkout lines for customers to make use of.

Outside of the produce department, Gruszka noted that different cheese varieties can be found scattered throughout Spanish supermarkets depending on its intended use. Rather than a centralized aisle, Deli cheeses, shredded varieties, and artisan selects are located near the products they would be commonly paired with in dishes. For both cheeses and meat products, country of origin is front and center in the product's merchandizing scheme.

For more on Cheese, Meat, and Seafood merchandising trends in Spain stay tuned to ANUK's sister publication, DeliMarketTV for part 2 of this story.