Much-Needed Precipitation is Headed for California

CALIFORNIA - Right now in California, we are seeing drier climes than usual. However, Mother Nature might bring some reprieve in the form of rain and mountain snow.

At the start of 2020, much of California was in good shape due to ample rain and mountain snow over the prior year, according to the United States Drought Monitor. However, as storms became more scarce during 2020, abnormally dry conditions expanded and evolved progressively into more serious phases of drought. As of Thursday, April 15, 2021, 99 percent of the state was considered to be in abnormally dry conditions or worse. Nearly 40 percent of California was considered to be under extreme drought conditions—the second-highest level of drought just under exceptional drought.

Since the water year began on October 1, 2020, most areas were within the 25th to 50th percentile of average. As we reach the tail end of the rainy season here in California, there is some hope for late-season rain and mountain snow in the coming days and weeks. According to AccuWeather meteorologists, storms from the Pacific are about to take a jog much farther south. 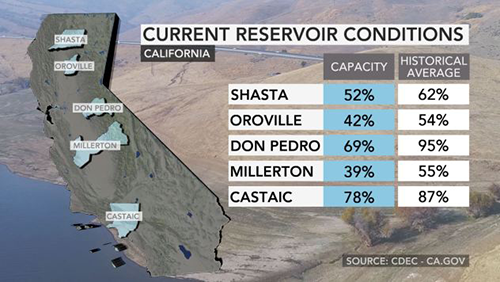 A series of storms appears to be lining up over the Pacific Ocean with the potential for some aid from the weather. Rain and mountain snow are expected to begin in the western portions of Washington and Oregon Saturday, before wet weather expands southward into Northern California Sunday and Monday, Long-Range Meteorologist Brandon Buckingham said.

“This could prove to be very beneficial for the northern and central portions of the Sierra Nevada, Coast Ranges. and valleys, although it could come at the risk of flash flooding in some spots,” Buckingham stated.

As of April 20, continued the weather source, the amount of water locked up in the snowpack over the Sierra Nevada ranged between 40–60 percent of average, according to the Natural Resources Conservation Service. In essence, there will be less snow available to melt during the spring and summer, which will translate to less runoff to fill streams and reservoirs in the region. And with higher temperatures across the state in recent weeks, the snow has been melting faster this season, meaning there is less snow to melt during the summer. 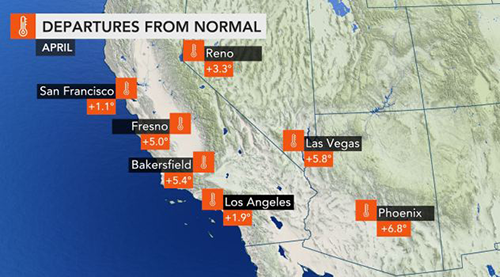 The upcoming pattern from this weekend to early next week is not likely to bring a blockbuster amount of snow, but it has the potential to unload several inches over the high country of the central and northern Sierra Nevada. There is also the chance for another storm or two to bring wet weather to California.

AccuWeather Lead Long-Range Meteorologist Paul Pastelok noted the weather pattern may remain active along the Pacific coast into the first week or two of May. 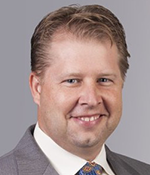 “Temperatures in Southern California took off in late May 2020 and that actually may occur again this year as we expect a northward bulge in the jet stream to set up over the southwestern U.S. this summer,” Pastelok said. “But, closer to the coast, especially in areas farther to the north, we expect a big difference compared to last summer with lower temperatures due to more of a marine layer or persistent breeze from the Pacific.”

To learn more about this upcoming weather and what it will do for the state, click here.

Stay in the know as ANUK continues to report on the weather and its effects on the industry.