LIMA, PERU – A powerful earthquake hit northern Peru this Tuesday, with reverberations carrying as far as neighboring Colombia and Ecuador.

The earthquake struck the sparsely-populated Loreto region, with its epicenter occuring 259 km (approximately 161 miles) west of the city of Iquitos. 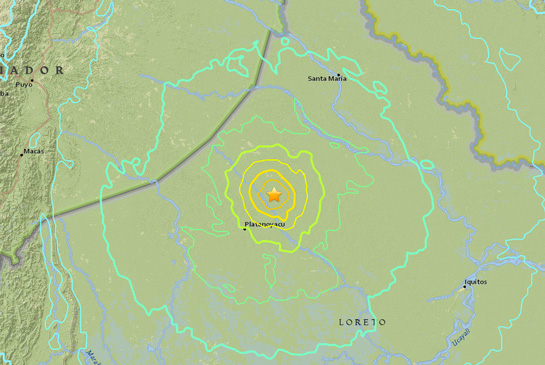 Residents in some towns in Peru and Ecuador were reportedly evacuated as a precautionary measure, though no property damage or injuries were reported.

Residents of Quito, Ecuador’s capital, reportedly fled from buildings and took shelter in the city’s open plazas, and The Washington Post noted that Tuesday's earthquake occurred mere days after Ecuador commemorated the first anniversary of a tragic quake in which almost 700 people were lost.

AndNowUKnow will continue to report on this seismically-volatile growing region.