ARCADIA, CA - What started out as a hobby became a business. This is the kind of story we love to hear, and, as Pete Hronis of Hronis tells me, it is the story of how a little passion (or, in this case, a lot) took root and grew into something far beyond what he and his brother Kosta could have hoped for. And it all came to fruition this month in Arcadia, California, at the Santa Anita Derby where the brothers’ racehorse, Rock Your World, took first place to qualify for the Kentucky Derby on May 1.

Owned by Kosta and Pete Hronis and Michael Talla, Rock Your World did just as his name intended for all those in attendance at the April 3 race. 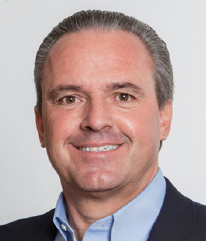 “We are now looking to compete in the Super Bowl of horse racing: the Kentucky Derby,” Pete, Senior Vice President of Sales and Marketing, Hronis, shared with me as he reflected on the amazing month and what is to come. “Trainer John Sadler and his team performed with unrivaled success at the Santa Anita Derby, and the race’s high stakes have made for even greater rewards.”

Both Pete and Kosta Hronis, President, grew up in Delano, California, in the heart of the fresh produce industry, surrounded by the bustling table grape and citrus businesses. Their mother was from Pasadena, and during visits to their grandparents’ home, they would often find their way to the Santa Anita Race Track.

“It was there at Santa Anita, that we fell in love with the sport. One day, we decided to buy a horse for fun and see what would happen. That was back in 2010,” Pete says. “Now, it is a full-fledged business. What a great thing for a couple of farm kids from Delano. We feel very grateful and privileged.” 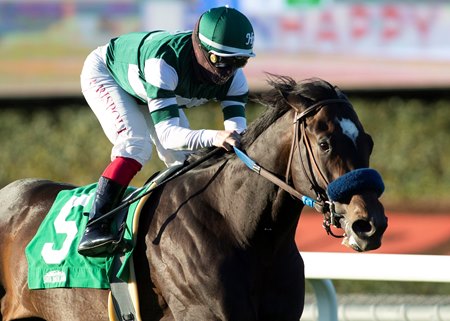 Along with winning the race and a spot in the Kentucky Derby, Rock Your World also came away with $750,000—a fitting crown for the day. According to Horse Racing Nation, Rock Your World was bred in Kentucky by Hall of Fame trainer Ron McAnally and is by Candy Ride out of the Empire Maker mare Charm the Maker. To read more about the race, stats, and competitors, check out the full breakdown here.

A huge congrats to Pete and Kosta Hronis and all those who made the success possible! We will make sure to stay tuned for the May 1 event to see what the Kentucky Derby and Rock Your World have in store.

The Hronis family has farmed premium table grapes in the southern San Joaquin Valley since 1945. Our crops are nurtured,...