WAYNE, NJ - After filing bankruptcy this month and being enjoined to liquidate all of the company's stores, Toys “R” Us is finally preparing to shed its nearly 800 brick-and-mortar locations—and some of the biggest names in grocery may be stepping up to the auction block to bid for sites.

Currently, 58 qualified bidders have been accepted, according to a CNBC report, with major retailers like Big Lots looking to purchase stores alongside major grocery retailers like Aldi and Target and smaller regional chains like Food Bazaar Supermarkets. 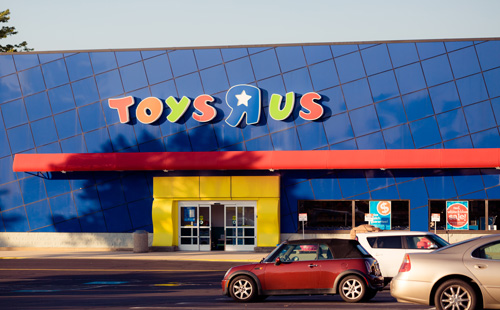 While reports surfaced last week claiming that Amazon was eyeing several sites—as the online retailer attempts to expand its brick-and-mortar presence with its Whole Foods and Amazon Go grocery stores—that doesn’t seem to be the case. Amazon is conspicuously absent from the list.

Target and Aldi are both interested in one location in Kendall, Florida, which is, the news source reported, near a handful of college campuses.

Additionally, more than 10 real estate firms and private equity groups have expressed interest—including many investors that are known for acquiring and rehabilitating retail assets.

Stay tuned to AndNowUKnow for updates.