TEXAS - A wet summer is in store for southeastern Texas as multiple days of torrential downpour fill up the forecast for the region this week. According to a report by AccuWeather, an average of 4-8 inches of rain, with some local areas experiencing 8-12 inches, is expected to fall by Thursday in the areas from Beaumont, Texas, through Houston and Corpus Christi. 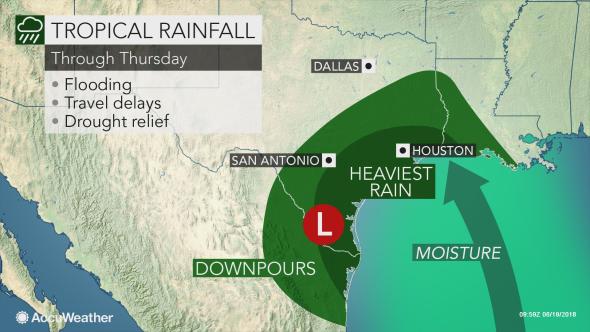 “Incredibly moist air will be pushed onshore and result in a prolonged period of showers and thunderstorms from the coast as far inland as San Antonio,” said AccuWeather Meteorologist Brett Edwards. “Some localized flooding is also possible in parts of Austin, San Antonio, and parts of southwestern Louisiana, where 2-4 inches of rainfall are also expected.” 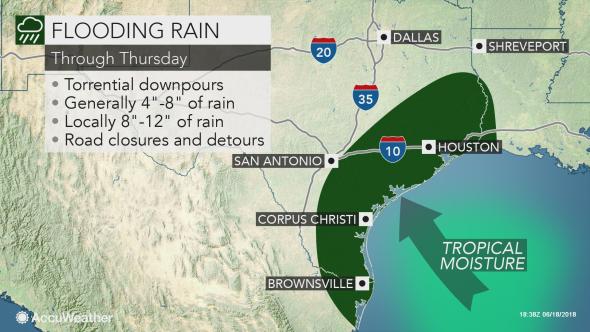 While this storm is tropical in nature, AccuWeather reports development of a tropical depression or storm is not expected. A majority of southeastern Texas is facing drought conditions, which this storm will help alleviate in some areas, while also heightening the risk of flooding of roads, slowing traffic, and delaying airlines.

During this time of the year, artichokes and peaches are in peak season, but no reports have surfaced regarding the rain’s effect on these crops.