SEATTLE, WA - Less than a month after introducing Mango Dragonfruit Refreshers and a week out from the South Korean launch of an Avocado Frappuccino, Starbucks is at it again—with a new fruit-focused beverage that features a seriously trendy superfood—coconut. The perennially popular chain introduced two new permanent menu items this week—including an Iced Vanilla Bean Coconutmilk Latte. 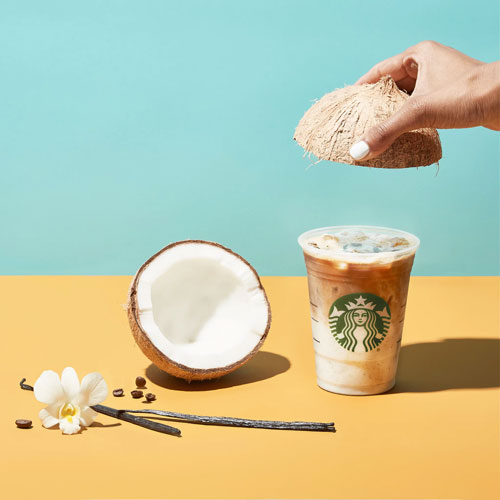 According to Food and Wine, the new Coconutmilk Latte is an attempt to embrace the popularity of non-dairy milks. And while this isn’t the first foray into adding plant-based appeal to espresso drinks (recall the perhaps ill-conceived Broccolatte), it’s certainly one of the tastier-sounding tries.

In a triumph of less-is-more barista-ing, the drink is made by pouring shots of espresso over iced vanilla bean coconut milk, reports Refinery29. And, unlike many Starbucks drinks in which syrups with trace amounts of dairy product are used, the Iced Vanilla Bean Coconutmilk Latte is entirely vegan—boosting the brands burgeoning sense of cache with that set of conscientious eaters. 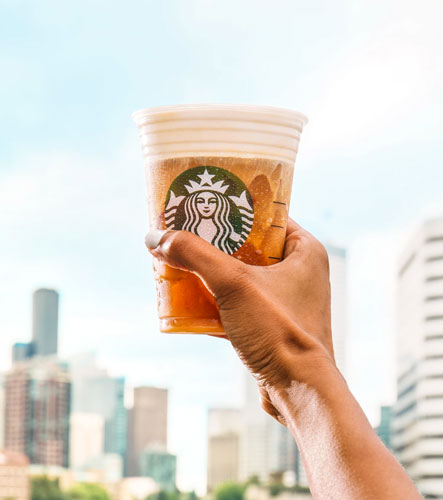 The Iced Vanilla Bean Coconutmilk Latte and its sister drink, the Salted Cream Cold Foam Cold Brew, are here just in time for the dog days of summer—adding fruit-filled coolness to those hot lazy days.

When will Starbucks next turn to fresh fruit categories for on-trend drinks? For more fruit and veggie news, keep reading AndNowUKnow.