JAPAN - Starbucks you’ve gone and done it again–giving a favorite dessert of mine new life in the form of a frozen beverage, yet launched it in a country I am not currently residing.

I am speaking of the company’s most recent introduction: the refreshing Key Lime Cream and Yogurt Frappuccino. 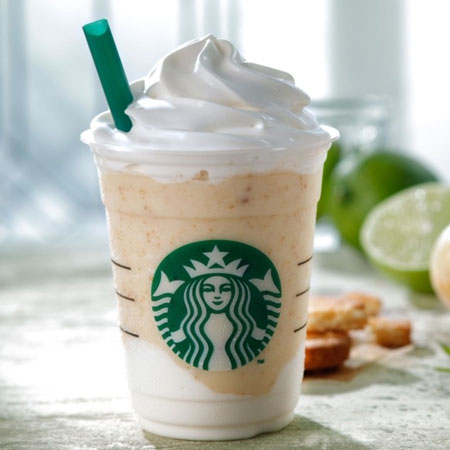 Though Starbucks may be known as a coffee powerhouse, it seems to be more and more interested in the flavors of fresh produce. This latest product has been added to a slew of fruity creations, one more gift for consumers before the summer runs out.

Made from a fresh custard sauce containing key lime juice and lime peel, Teen Vogue and I both agree that though the combination of cookies, whipped cream, and caffeine could seem a shock, key lime yogurts have proven that it might be crazy enough to create a craze.

The fruity dessert drink–which wraps the limey custard into a smooth yogurt and buttery, crisp-crusted cookies–has been introduced to the Japanese market, which brought back some pangs of the sadness I felt when we reported that the company’s Sangria Red Tea was launched in South Korea. But while I’m sure by the ingredients alone that these beverages are sure to win the hearts of its audience, we might have to wait a bit longer before it is launched in the U.S.

Will we see a cappuccino powered by fresh sweet potatoes or even a new apple introduction for the Fall to compliment the inevitable Pumpkin Spice Lattes? If so, AndNowUKnow will report it to you first.