HART, MI - As we continue to inch closer to Michigan’s asparagus season, Todd Greiner Farms Packing has revealed a big expansion is in the works. The asparagus grower/packer/shipper will be adding a fifth packing line to its Hart, Michigan facility, which the company expects will be primed to operate ahead the start of the asparagus season in May.

“Our expansion needs are about the need for improved efficiency to meet the growing demand of our customers,” shared President and CEO Todd Greiner. “We know our customers are eager to bring in high-quality, local asparagus that meets their needs for a superior pack. This expanded packing line allows us to facilitate those needs and deliver product on a timely basis during our seasonal market window.”

Todd Greiner Farms has put a large focus on investing in its packing capabilities over the past three years, the company said, responding to the growing demand for Michigan-grown asparagus. In addition to the new packing line, these investments have included a second packing house, as well as two additional packing lines. According to a press release, the demand for Michigan asparagus now exceeds 1.5 pounds per consumer, per year. 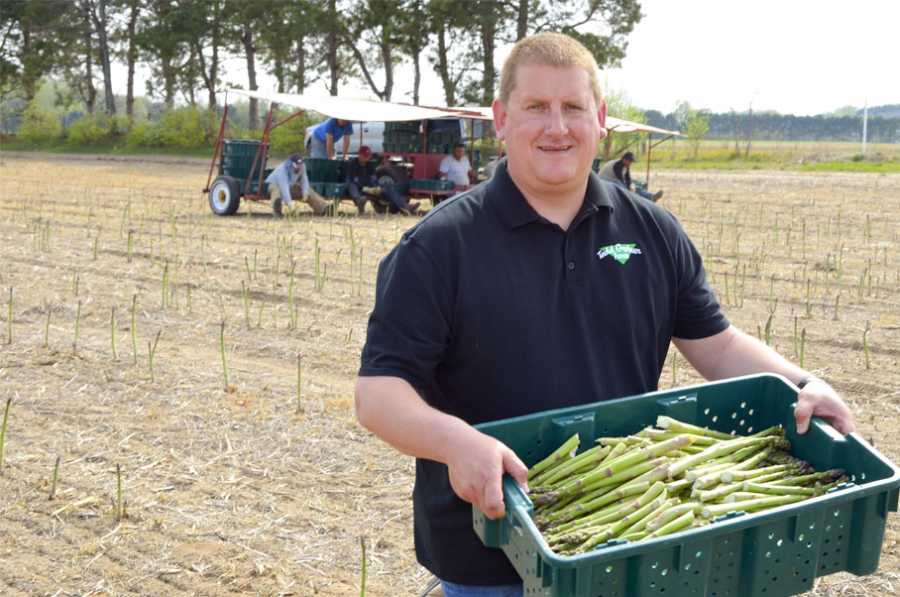 On average, Todd Greiner Farms’ asparagus season runs from early May to late June, with promotable volumes expected to be flowing in the week of May 14th. In addition to what the company refers to as it’s locally-grown, domestic pedigree, Michigan asparagus is “hand snapped” rather than ground cut. The result? An all green, all edible asparagus spear with an enhanced shelf appearance and more total yield per spear.

AndNowUKnow will continue covering the latest as we head into one of Michigan’s most productive seasons, so stay tuned!

At Full Tilt, we embody the idea of love what you do. Food is a universal connection that everyone can understand – each...

Todd Greiner Farms are growers, packers, and shippers of fruits, vegetables and evergreens. We will always strive to grow,...