MEXICO – After touching down on the Yucatan Peninsula this Tuesday, Tropical Storm Franklin is intensifying as it passes over open water en route to a second landfall in Mexico. And many media outlets, including the Washington Post, are reporting that the storm, which formed over the western Caribbean Sea on Sunday, is on the precipice of becoming the season’s first hurricane, as it makes its way to its second landfall early-Thursday morning. 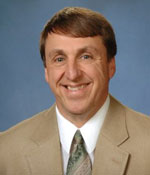 "Franklin will continue to restrengthen over the southwestern Gulf of Mexico through Wednesday," noted AccuWeather Hurricane Expert Dan Kottlowski, in a report issued Wednesday morning. "Franklin will make landfall south of Tampico and north of Veracruz, Mexico, by early Thursday morning."

This morning, as of 10:00 a.m. CDT, the National Hurricane Center (NHC) has issued a hurricane warning for the coast of Mexico, from Puerto de Veracruz to Cabo Rojo—in addition to a hurricane watch from Cabo Rojo to Rio Panuco—and tropical storm warnings remain in place for much of the surrounding coastal region. 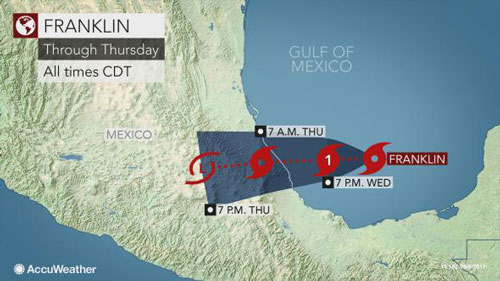 AccuWeather likewise noted that residents from Veracruz to Tampico, Mexico, should speedily prepare for Franklin’s landfall and the ensuing flooding rain, damaging winds, and mudslides. The news source reports that gust over 90 mph are possible in coastal regions of norther Veracruz, and those winds could reach Category 2 status.

Flooding rain could bring as much as 20 inches of precipitation to the region, and it’s also possible that heavy rain and isolated flooding could reach as far west as Mexico City as the storm drifts inland and weakens over the course of the week. 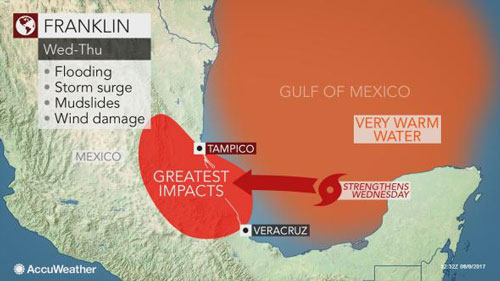 Showers and thunderstorms have continued to cause problems across the Yucatan Peninsula and part of Central America in the wake of Franklin. And as a result, AccuWeather reports, there will be an ongoing risk of flash flooding as far south as Guatemala, Honduras, Belize, and Nicaragua into Wednesday night.

As we reported earlier this week, meteorologists do not expect Franklin to head northward toward Texas and its growing regions, but the state may see peripheral rough seas and rain.

For more on the situation as it develops, AndNowUKnow will continue to report.