Two Storms Head Towards Northern California Ahead of the Weekend

SACRAMENTO, CA - California’s rainy season looks to be off to a good start, with not one, but two storms headed its way. Forecasters predict Northern California could receive more than eight inches of rain throughout the mountains, signaling a healthy beginning to our fight against the drought.

According to the Sacramento Bee, the state will see the first of the dual storms beginning Thursday, heading in from the tropical Pacific Ocean. Along with a substantial amount of rain, Northern California, Oregon, and Washington will be experiencing several wind storms as well. 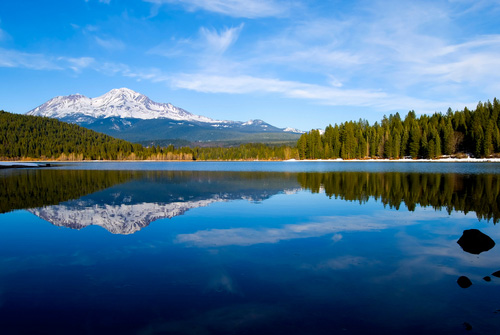 The Sacramento Valley, where our own ANUK offices are, will see about 1 to 3 inches of rain, while further north will likely see much more. According to the Bee, the area surrounding the state’s largest reservoir, Lake Shasta, could be hit with at least 6 inches of moisture. Shasta is currently at about 60 percent of capacity, but the paper reports that this downpour could raise the level of the lake by as much as half a foot.

“It will be rather juicy, I think, when it does arrive to the north part of the state,” Maury Roos, Chief Hydrologist with the state Department of Water Resources, told the Bee.

With many of the state’s reservoirs not yet at capacity and with the drought making soil particulary absorbent, there should be is a very low risk of flooding below Shasta and other Central Valley dams.

“The ground is very dry so we expect much of the precipitation to soak into the ground from the first few storms,” Spokesman for the Bureau of Reclamation, Shane Hunt, told The Sacramento Bee. “We are hopeful that this is the start to a good rain/snow season. We have been reducing releases lately from Shasta and Folsom to conserve storage in the meantime just in case it remains dry.”

We’ll keep our eyes on the state’s reservoirs as the storm blows through, so stay tuned to AndNowUKnow.