MURRIETA, CA - It’s no secret that avocados are a beloved category in the U.S. With rapid growth across retail, foodservice, and social media platforms, the fruit could practically be called an influencer. Whether on the buy- or supply-side, industry experts have capitalized on the popularity of avocados by finding innovative ways to up their productivity. The California grower, packer, and distributor, West Pak Avocados, has harnessed the excitement of this incredible product, releasing a series of videos at one of the industry’s hottest events, aptly named Avo Affinity at PMA Fresh Summit. 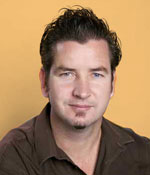 “Everybody loves avocados,” said West Pak Marketing Manager George Henderson. “In fact, avocado consumption has been increasing steadily year over year and has blossomed into a global sensation. In the industry, this super fruit is a force of nature that cultivates opportunity for our many retail and foodservice customers, and industry affiliates alike.”

West Pak Avocado’s 2020 campaign, called the Avo Effect, Avo Affinity at PMA Fresh Summit, covers the avocado’s effect on the largest produce convention in the United States. The company debuted its first installment of the videos this year at the Produce Marketing Association’s (PMA) Fresh Summit event. It provided the ideal setting to demonstrate how this favorite green fruit amplifies excitement within the produce industry. Interviews for Avo Affinity at PMA Fresh Summit include representatives from California Avocado Commission, Avocados from Mexico, The FruitGuys, and Fairtrade America, among others.

According to a company news release, the Avo Effect is a broad-reaching video campaign that sheds light on the global phenomenon the avocado has sparked within the produce industry. The videos are designed to cover West Pak’s avocado footprint along with the significant reach that the avocados have across core industries. Topics showcase the Avo Effect on trade, retail, foodservice, commissions, California avocado season, organics, sustainability, and social media influence. Each video in the series offers real-life testimonies of how the avocado has had a positive effect on others. 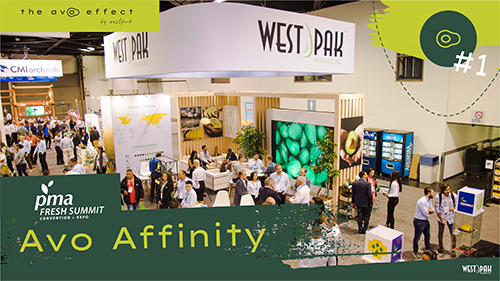 Avo Affinity at PMA Fresh Summit debuted November 18, 2019, while other installments to the Avo Effect campaign are planned for release throughout 2020. All videos can be found at avoeffect.com and under the hashtag #avoeffect on social media. Look out for each video as they launch on West Pak’s Youtube, Facebook, LinkedIn, Instagram (Instagram Feed, IGTV Channel, Stories), and Twitter, plus West Pak’s blog.

In a category that practically sells itself, companies are hot on the trail of innovations that will surpass all expectations, and West Pak is no exception. For more on ANUK’s favorite green gold, stay tuned.

Founded in 1982 as a grower and shipper of California avocados, West Pak began operations from a small packing house in...