JACKSONVILLE, FL - Winn-Dixie supermarkets are forging ahead; in an effort to regain market share and stay competitive in a saturated Florida grocery market, the company is slashing prices and making significant investments in overhauling storefronts.

In late 2015, Winn-Dixie began to cut prices after hiring CEO Ian McLeod, according to local news source the Orlando Sentinel. The company’s stores first dropped their prices on 400 common items—including bread, chicken breast, and sugar—in one fell swoop, and subsequent cuts followed as the grocer attempted to win customers back from steep competition.

"Ultimately the customers have a choice of where to shop. We wanted to make sure we offered the most competitive prices, the products customers were buying on a regular basis," McLeod told the Sentinel.

So far, McLeod noted, the strategy has been a success.

Central Florida’s grocery market has grown increasingly crowded in the past few years. With discount brands like Aldi and niche stores like Lucky’s Market moving, and increasingly convenient pickup and delivery services being offered by major national players like Walmart and Amazon, Winn-Dixie is in a precarious position—offering a full grocery selection at discount prices.

Recently Winn-Dixie’s parent company, Southeastern Grocers, has been narrowing its footprint. The company has closed several drugstores in Central Florida. McLeod, though, is optimistic. 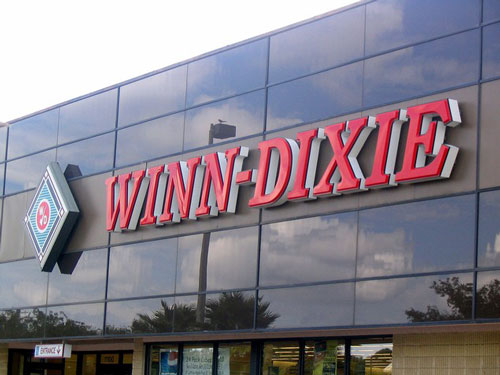 "There have been a limited number of stores that closed, but we've remodeled more stores than have actually closed," McLeod said, noting that the company has shifted focus and is now looking to grow in high-income areas. “Flagship” remodels in Tampa with bright, clean features and modern decor, and stores rebranded under the Fresco y Mas banner in South Florida promise new avenues for growth.

The future looks bright for the Florida retailer. For more updates on the company’s ambitious strategy, check back in with AndNowUKnow.