“You can usually spot the one that’s going to be the best,” Vester told local newspaper The News & Observer. “You might put more leaves on it than the others.”

Vester’s accomplishment involved months of pampering the melon, hiding it under leafy branches and nourishing it with micronutrients. And his efforts paid off—with what The News & Observer described as a “super fruit” resembling “a half-deflated beach ball, perched on the scale…like a grandfather toad, too lumpy and misshapen for anybody’s breakfast.” 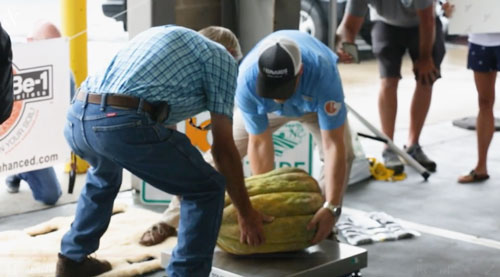 For scale, the news source noted that the average cantaloupe weighs three pounds; Vester’s cantaloupe weighed in at more than 20 times the average size. And the monster fruit boasts an impressive lineage; it sports a seed line dating back to a giant cantaloupe that weighed 55 lbs in 1993.

For more on all things related to fresh fruit and vegetables, keep reading AndNowUKnow.