POMPANO BEACH, FL - CAPCO has announced with heavy hearts that both David and Jean Warren passed away earlier this month. David passed on April 15, 2019, less than a month short of his 103rd birthday, while Jean passed eight days prior at the age of 94.

“The qualities that my father and mother had that made them successful were resilience, persistence, and passion!” Michael Warren, David and Jean’s son, said in a press release. “They demonstrated this daily in business and personal life. My dad would quote my grandfather to live by the golden rule: ‘Do unto others as you would like them to do unto you.’ He had a recipe for life and he shared it with my mother and the family.”

David and Jean founded Central American Produce in 1976, working tirelessly for years to develop and increase produce imports from Central America. David, who helped pioneer Guatemala’s melon and vegetable exporting industries, gained much satisfaction working in the industry and provided growers with technical knowledge they can use to successfully grow, pack, and ship their crops. During a 2016 interview he said, “I find the industry is just as exciting now as anytime I’ve been in it. To pack, ship, and warehouse products, to get them to where they have great eating qualities and are very beneficial to people, in terms of health, what more fun could you have?” 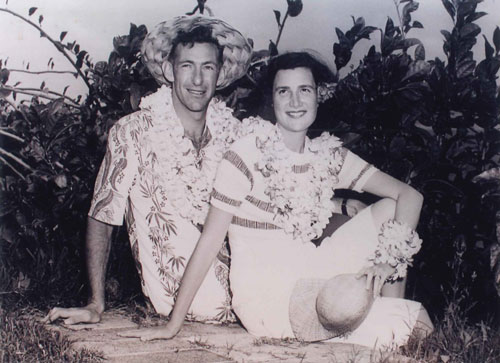 Although son Michael had taken over the business, David continued to come to the office and provide support until last year. But, even though he had stopped coming to the office, he would still call in regularly to get updates from the staff on how things were going.

“The secrets for longevity I observed through my father’s daily routines was to stay connected to family, eat nutritional foods, and exercise regularly. And short phone calls weekly to family and friends just to catch up on what was new and how they were doing. He would eat large volumes of fruits and vegetables all day long—for nutrition to keep the body strong and with a younger look than the years could ever reflect. He generally cared about each and every person, that they would have opportunities to better their lives for the future,” Michael continued. “Both my parents assisted many people in start-up businesses, educational pursuits, and just to help out others with their general needs. Thousands of workers throughout the Americas depend on agriculture to raise families. This was always a driving factor for our own farms as well as working with others. Then there was quality. If it cost another $200 an acre to produce a better product, then what was that? $.25 a box to have a better product. He had to give customers the best product. He was a mentor to man and a tormentor to a few as he always pushed excellence in every pursuit. That was the bar he set and continually raised higher and higher.” 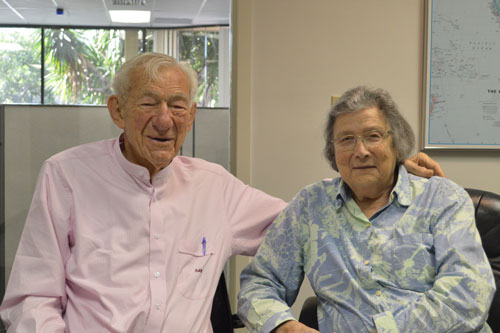 Michael added: “They kept up with world events, the stock market and what forces would drive it, they loved watching sports and old movies—especially musicals. The lived life simply and real life events are what excited them about the world. My father would watch Shark Tank. He liked to hear what creative ideas were being pitched and how others responded to them. My parents were examples of how to live life and appreciate what is really important.“

A time for remembrance as they requested is being planned for later this month.

AndNowUKnow offers our deepest condolences to the Warren family and CAPCO team during this time.