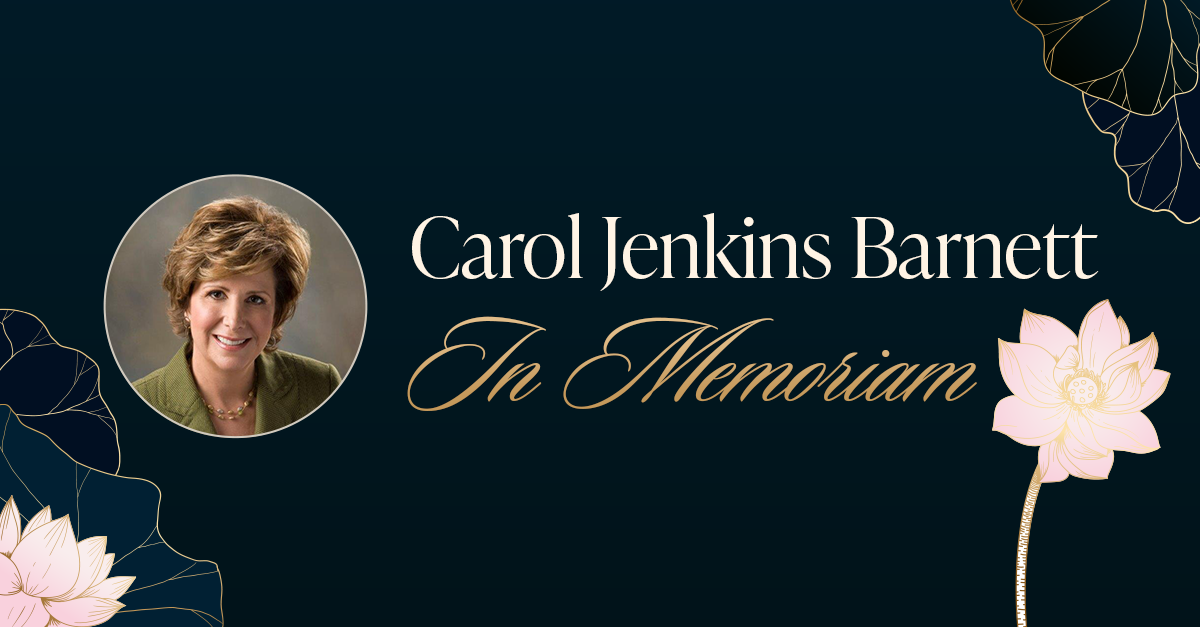 Jenkins Barnett was born and raised in Lakeland, Florida. She began with Publix in 1972 as a cashier at Grove Park Shopping Center in Lakeland and later worked in Publix’s corporate marketing research and development department, a recent release detailed. In 1983, she was elected to the Publix Board of Directors, where she served for 33 years.

In 1983, Jenkins Barnett also joined the foundation’s Board of Directors, which would later become Publix Super Markets Charities. This instilled in her a passion for the needs of the communities Publix serves and gave her a deeper understanding of her father’s interests, philosophies, and goals for philanthropic giving. Following her father’s stroke in 1989, the charity's Board appointed her Chair, and in 1991, she was named Chair and President.

“The Publix family is deeply saddened by the loss of a great humanitarian and community advocate,” said Publix Chief Executive Officer Todd Jones. “In addition to her service at Publix, Carol Jenkins Barnett made significant contributions to many nonprofit organizations and for the betterment of all children with investments in early childhood education programs. She will be sorely missed by her family, our associates, and the community. Carol had a generous heart and compassionate soul. Her efforts will continue to improve the lives of others for generations.”

Jenkins Barnett earned her bachelor’s degree in Business and Marketing from Florida Southern College (FSC) in 1979, and also received the Doctor of Public Service honoris causa in 1998. While attending FSC, she joined the Junior League of Lakeland and throughout her lifetime remained actively involved in her community.

Jenkins Barnett and her husband, Barney, are admired philanthropists known for generously giving back to nonprofit organizations including United Way, Florida Partnership for School Readiness, Family Fundamentals, and others. Over the years, the two have funded numerous community projects, including Barnett Park and the Carol Jenkins Barnett Pavilion for Women and Children at Lakeland Regional Health. Jenkins Barnett’s final philanthropic gift was the founding of Bonnet Springs Park.

She is survived by her husband, Barney Barnett; two sons, Wesley Barnett (Ashley Bell Barnett) and Nicholas Barnett (Ashley Gibson Barnett); three grandchildren, Raleigh, Birdie, and Zoey; and many other family members. She was preceded in death by her father, George, and mother, Anne.

A memorial service will be held at First United Methodist Church in Lakeland on Saturday, December 11 at 11 a.m. For those unable to attend, the service will be livestreamed. In lieu of flowers, the family requests that donations be made to Bonnet Springs Park.

We offer our deepest condolences to the friends and family members who mourn the loss of Carol Jenkins Barnett.