James Caldwell, a beloved produce industry maven, sadly passed away at the age of 73 on June 8, 2015. 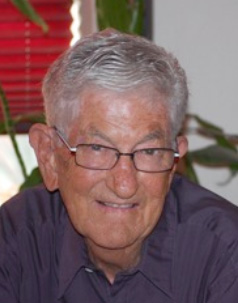 Kind and compassionate, James’ passion for produce and love for the business goes without saying. For thirty-five years, James worked across a broad range of companies, including United Produce, Harbor Banana, Associated Grocers, and Amex Distributing. Together with his son John, the current VP of Sales for Phoenix Vision Produce, he opened his own produce brokerage company called Caldwell Enterprises and enjoyed the success until he retired in 2005.

Born in Houston, Texas, James came with his family to Peoria, AZ in 1954, where he remained until his passing. Both an avid soccer fan and fly fisherman, James enjoyed spending time with his family and mentored new transplant recipients after he himself received a heart transplant in 1990.

A memorial service will be held at Messinger Pinnacle Peak Mortuary, 8555 East Pinnacle Peak Road, on Friday, June 12, 2015 at 3 pm. A reception will follow on site.

In lieu of flowers, the family requests that donations in the name of James Caldwell can be made to Hospice of the Valley or The Donor Network of Arizona.

AndNowUKnow would like to take this time to offer our sincere condolences to the Caldwell family and friends in this difficult time.