MANHATTAN, NY ­– Noted Co-Founder of Sysco Corporation and reputable philanthropist Herbert Irving has passed away Saturday, October 3, at the age of 98.

Bloomberg reported that Irving as the last surviving founder of Sysco, a leading foodservice provider on a global level. Irving was one of the businessmen who merged the operations of their 12 different businesses to found the company in 1969. 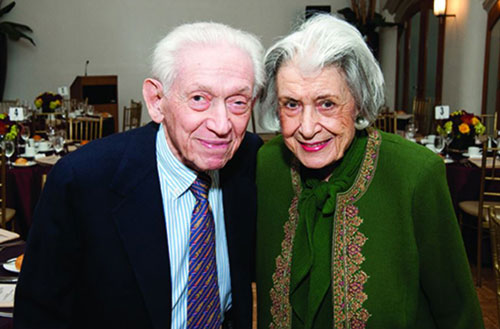 Herbert initially began his professional life as a teacher, but started Global Frozen Foods Inc. with his brother as a means to provide for his family. This company was part of the pantheon which then became Sysco.

At the company’s founding, Herbert became Vice Chairman of the Board as well as Head of its Finance Committee. Herbert also gave $500,000 to back a loan for interim capital that Sysco needed to securely start its operations.

Under the direction of Herbert and the other founders, Houston-based Sysco went onto secure an initial public offering in 1970, and boasts a market value of $26.5 billion. Bloomberg stated in its latest fiscal year, Sysco reported sales of $50.4 billion.

Herbert was born November 5, 1917, in Brooklyn, New York. He attended the University of Pennsylvania’s Wharton School and obtained Bachelor’s and Master’s Degrees in Economics.

Herbert did not stop with his success at Sysco, however, but moved onto using his fortune for the betterment of health and wellness at large. After being treated by its doctors, Herbert made his first donation to the Columbia University Medical Center in 1987. Herbert and his wife, Florence, gave more than $300 million to the center and New York-Presbyterian.

Herbert’s contributions helped pay for specialized cancer-treatment centers, scholarships, and out-patient facilities. He said during in an interview in 2013 that “cancer always needs money.”

Herbert’s son, Ron Irving, stated in a phone interview that the foodservice pioneer passed away in his home in Manhattan, according to Bloomberg. Herbert is survived by Ron and his wife, and children Jeff and Gail.

The AndNowUKnow team would like to extend our deepest condolences to all those affected by this loss.