Amazon to Create a New Grocery Chain Outside of Whole Foods

SEATTLE, WA - Amazon has returned to the drawing board, this time to devise its own grocery store banner. According to The New York Times, Amazon is “quietly exploring an ambitious new chain, probably separate from Whole Foods” that would meld together all that it has learned from its brick-and-mortar and online grocery endeavors.

According to Business Insider, Amazon is attempting to build its own grocery stores rather than rely on Whole Foods to fuel its grocery expansion. 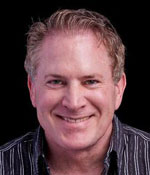 “People need to understand—Whole Foods is the beginning, it’s not the end,” Brittain Ladd, who worked on Amazon’s grocery operations until 2017, said to The New York Times. “It’s not everything.”

In typical Amazon fashion, the new stores will focus on pickup and delivery while also integrating a traditional supermarket format where shoppers can pick out their own fresh items.

While the rumor mill began turning this weekend after an Amazon memo from 2017 cropped up again amongst Amazon employees, The New York Times also pointed to new job postings for store designers that have been listed in the last couple of months. The postings enlist a potential candidate to take responsibility for the “development, implementation, and customization of brand design standards as they translate into [Amazon’s] physical stores,” as well as “develop creative solutions for a retail concept that houses multiple customer experiences under one roof,” as stated in the post and in The New York Times’ article.

Will Amazon’s new grocery banner hit the market soon? And how will it disrupt the retail landscape? AndNowUKnow will continue to report.