April Rain Headed for California: Risk of Flooding and Mudslides

CALIFORNIA - A double-barreled storm is headed toward California, bringing with it heavy rains, snow at higher elevations, and the risk of flooding and mudslides later in the week, according to AccuWeather.

The first of the impending storms will hit northern California Thursday night with light and intermittent rain, which will lead to slowed travel through the region. The heaviest rains will pass through the mountain ranges, leaving the valley wet but not quite inundated, according to the news source. 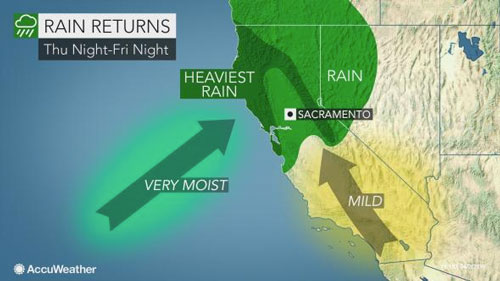 The valley’s reprieve will be short lived, with the risk of downpours in San Francisco and Sacramento increasing as Friday progresses, a risk which AccuWeather reports will cause airline delays and further impede travel.

Though Friday night and Saturday rainfall may extend further into Southern California, and though intense rainfall is not anticipated in either Los Angeles or San Diego, if the storm shifts south, heavier rainfall may follow. 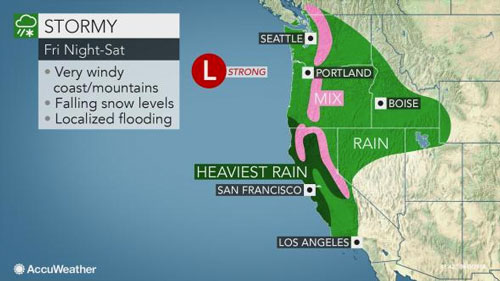 The news source also reported that the western slopes of the coastal ranges and central and northern Sierra Nevada are likely to receive three to six inches of rain with locally higher amounts from Thursday night through Saturday divulged the news source.

To stay in the know on weather that may impact growing regions, keep reading AndNowUKnow.