CALIFORNIA – For decades, conversation has surrounded whether the Shasta Dam can and should be heightened, with environmentalists, politicians, and locals taking a stance for their communities. But this week, the matter might just be settled. The Trump administration is making moves to pursue the $1.3 billion endeavor to heighten the Shasta dam by 18.5 feet, the equivalent of nearly two stories, according to a report by the LA Times. The state of California, however, remains adamantly opposed.

This week, the U.S. Bureau of Reclamation and several other water agencies proposed a 2019 federal budget request of $20 million for pre-construction and design work on the dam to Congress, according to a report by the ChicoER News. 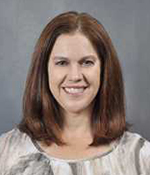 “Investing in new infrastructure at Shasta will create a needed and significant new water supply for California’s families, farmers, cities, and environmental resources,” Erin Curtis, Public Affairs Officer with the Bureau, wrote in an email. “Pursuant to the Water Infrastructure Improvements for the Nation (WIIN) Act of 2016 and new funding appropriated in 2017, Reclamation recommended to Congress seven diverse projects for funding, including pre-construction work on Shasta Dam.”

According to the LA Times, Central Valley farmers are in support of the project thanks to the tens of thousands of acre-feet of water a larger Shasta Dam could generate for their land. During times of drought and water restrictions, the Central Valley farmers are the first hit with water supply reductions despite primarily growing water-intensive crops, and thus are eager to maintain crop health throughout the year. 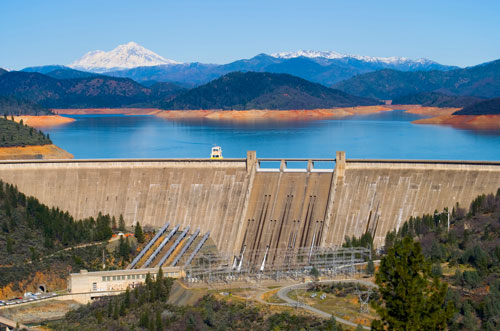 Currently, state law prohibits the 602-foot structure from getting any taller, and while in the past, the federal government has put the project on the back burner due to California’s environmental laws, the Trump administration’s forward momentum on the project could start a constitutional conflict over how much authority states have over what gets built on federal land within its borders.

And with many of California’s local authorities and state officials pushing back against the proposal, citing environmental, economic, and infrastructure problems the project poses, the Shasta Dam debate is far from over despite the submitted proposal. 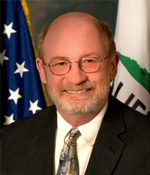 “The Shasta Dam enlargement project would inundate several miles of the protected McCloud River in violation of state law,” California Natural Resources Secretary John Laird wrote to congressional leaders this week. The McCloud River is protected by the 1972 Wild and Scenic Rivers Act, which prohibits the state from supporting any projects that disturb such rivers, according to the LA Times. “As such, I ask that you not pursue the Shasta Dam enlargement project, which disregards California law, and instead work with the state of California to fund water storage projects consistent with our California Water Action Plan and Proposition 1,” Laird continued.

Will the Trump administration carry the burden of paying for this project and continue to pursue despite California’s hesitancy? AndNowUKnow will continue to report as the story unfolds.