CHILE - Monday saw a 6.2-magnitude earthquake strike the coast of Chile’s northern region, according to the U.S. Geological Survey. The earthquake authority reported that the quake’s epicenter was 41 miles west-northwest of Diego de Almagro and hit about 1:26 PM EDT.

While there are currently no reports of notable damage to infrastructure or indications of casualties, Chile’s emergency services office announced, there have been reports of dust storms caused by the quake in the country’s Atacama Desert. Currently, there is no tsunami alert, although the country is not unfamiliar with the occurrence following large earthquakes. 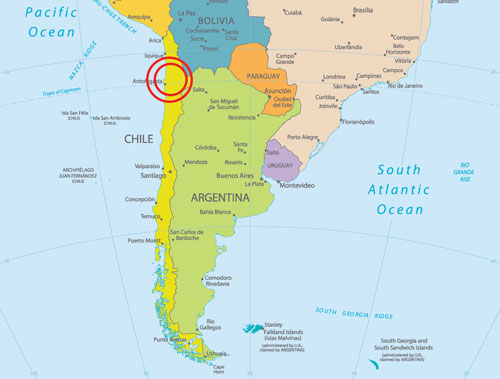 In 2010, a 8.8-magnitude quake caused a tsunami that destroyed huge portions of Chile’s infrastructure, hindering the country’s economic functions, including fresh produce growing. During the month of July, Chile grows categories like apples, avocados, and some citrus varieties.

When more information about the quake’s impact on fresh produce production is released, count on AndNowUKnow for continued updates.