UNITED KINGDOM - Three members of a Columbian drug cartel will serve a collective term of 59 years in prison after using a banana shipment to try and smuggle over 100 kilograms of cocaine.

Leonal Hernandez-Gonzalez (37), Oscar Grisales-Cuervo (45), and Daniel Valdes Jaramillo (24) were arrested by London Police after mixing real bananas with fake ones packed with cocaine. According to a Kent Online news report, the product was 98 percent pure cocaine estimated at more than $35 million street value. 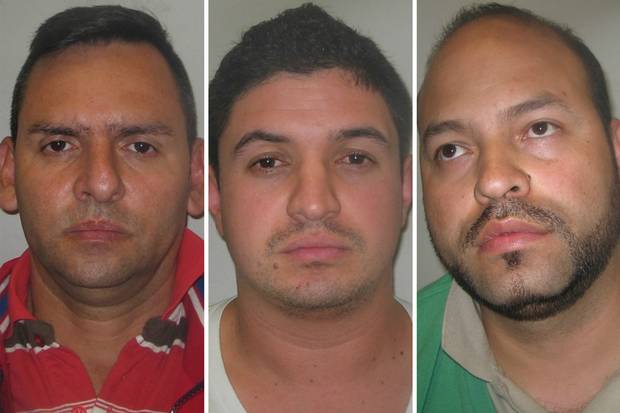 “The arrest and conviction of these individuals serves to show that the Metropolitan Police will not tolerate the distribution of Class A drugs, which has such a harmful effect on London’s communities,” local DI Paul Foreman of the special projects team said, according to the report.

In searching the warehouse where the drugs were stashed, the authorities also found about $430,000 in cash, which was linked to Hernandez-Gonzalez.

The three men reportedly used a truck to transport the drug-stuffed produce its original landing site in Dover to Oast Park Trading Estate in Hartlip over a two-day period, though the truck driver was found to not be connected with the network. 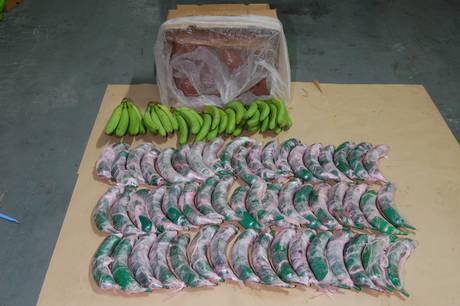 Jaramillo received a 15 year sentence after pleading guilty to conspiracy to import cocaine, while Hernandez-Gonzalez and Grisales-Cuervo received 22 years each for the same charges.

“These individuals were part of a sophisticated, well-organized, and determined criminal network capable of masterminding and resourcing this complicated international smuggling operation, and sustaining it over a long period,” Foreman reportedly commented.

All three men were found guilty, though not in the same hearings, at Southwark Crown Court in what Foreman said disrupted a well-oiled, large-scale operation.