ISSAQUAH, WA - In efforts to compete in this tight retail market, Costco has taken a bigger-is-better approach, setting its sights on expansion in the U.S. and abroad. Recently opening its largest Canadian store, and its first store in New Zealand, the retailer is targeting strategic markets throughout the U.S. as part of a larger growth plan.

According to The Food Institute, Costco is expecting to open 21-22 new warehouses each year, with 75 percent to be located in the U.S. and 25 percent located outside the country. The retailer expects this U.S. to international ratio will balance out to 50/50 as the domestic retail market becomes more saturated. The news source reports that Costco is eyeing markets in Asia and Western Europe—the retailer recently rolled out executive membership in South Korea, and has plans to do the same in Japan and Taiwan soon. Costco has also planned its first Chinese brick-and-mortar location to open in Shanghai in August of this year, and has a second Chinese location in the works as well. 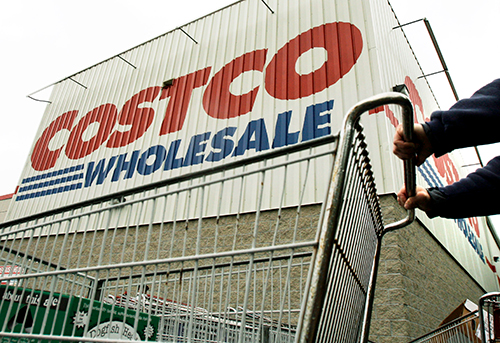 Stateside, the retailer has expansion on the brain as well, with plans to open three new stores in Bradenton, FL; Bismarck, ND; and Plainfield, IL. The new Florida location is set to open on August 21, according to YourObserver.com. The news source reports that this store has been constructed in approximately three months, and about half its roughly 200 employees will be transfers from other stores.

The North Dakota store, Costco’s second in the state, is still in the planning stages, as the Bismarck City Commission has recently voted to continue a land annexation public hearing, KFYRTV reports. The twenty acres of land earmarked for the new store is still undeveloped, but according to the news source, annexation is the next step to secure the location’s anticipated opening in summer of 2020.

Plans for the Illinois store, however, are further along, as the Plainfield Village Board recently formally approved a number of measures for a new development that will include a Costco store, according to The Herald News. The approval included a $2.5 million sales tax rebate for the retailer.

The approval for the new store included several caveats, however. The new store is expected to generate approximately $400,000 to $500,000 in annual sales tax for Plainfield at the start, and then over $1 million in sales tax after the incentive is completed, the news source reports. This agreement is expected to be paid in full in five to six years, and Costco is required to open the new store by December 1, 2022, though the retailer expects the store to open by November of 2020.

Costco anticipates that the new store will “cannibalize” customers from neighboring stores in Naperville and Bolingbrook, so the retailer has agreed to the deal to “make sure their return on investment calculates out,” commented Jonathan Proulx, Director of Planning for the Plainfield Village Board.

Where will Costco set its sights next? AndNowUKnow will report.