WESTLAKE VILLAGE, CA - Dole is looking to be a mighty marketing king (so enemies beware!) with its latest campaign that’s warthogging (get it, like piggybacking? #Pumbaa!) off of the lead up to the release of Disney’s The Lion King. But instead of launching a typical marketing campaign, Dole is making sure its newest consumer promotion—the latest chapter of its “Powering the Hero Within” initiative—is fit for a movie that features the powerful, the pleasurable, the indestructible Beyoncé—wrong movie reference, but oh well!

Dole revealed it is hosting the “No-Worry Traditions Contest,” a unique family traditions contest that will award one fan with a “no-worry” family vacation in Hawaii(!!!). To support the contest, the produce provider has also crafted 10 original, easy, and nutrition- and fruit-and-veg-packed recipes, inspired by The Lion King, its iconic discography, and its cast of characters. 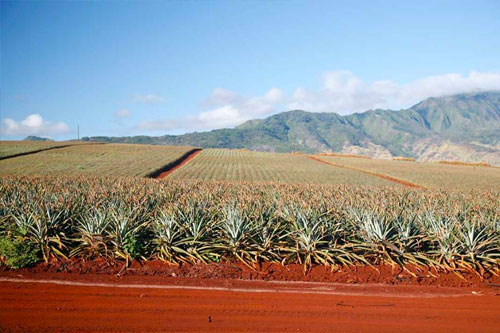 The new recipes were developed by Melanie Marcus, MA, RD, Dole’s Nutrition and Health Communications Manger, with parents, health, and convenience in mind. The recipes include the following:

In addition to the recipes, Dole is bringing the circle of life to produce aisles with revamped banana and pineapple packaging that features Simba, Nala, Rafiki, Zazu, Timon, Pumbaa, and more. The “Powering the Hero Within” initiative also offers consumers healthy eating tips and insider scoops from bloggers and influencers.

From July 1 until August 4, consumers and Disney enthusiasts can share their favorite family tradition on social media, with the hashtag #NoWorryTraditions and in accordance with the official rules, to enter the running for a trip to Hawaii. Each week during the contest's run, five winners will receive official The Lion King merchandise, including an official Mighty Roar Simba Interactive Plush Toy from Hasbro, plus a custom Dole hammock so shoppers can fully embrace the Hakuna Matata lifestyle. Of these five winners, one, with the most creative, unique, and sentimental family tradition, will receive the Grand Prize of a five-day, five-night family vacation in Hawaii, that will include the following:

Visit www.dole.com/Disney for more information! And for more ways to be prepared for sensational news coming out of the fresh produce industry, stay right here with AndNowUKnow.