NORTH AMERICA - While scientists have been going back and forth on the strength of this year’s “Godzilla” El Niño for months, it’s becoming more and more clear that these warm ocean conditions are coming to a close, forecasters say.

Over the past few weeks, the equatorial Pacific has been cooling once again, with the warm tropical temperatures subsiding, and now signaling a possible shift to the Pacific’s opposite phase—La Niña. 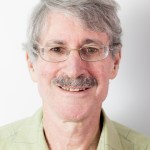 “It’s almost a certainty that [the tropical Pacific Ocean is] going to go back to neutral in about two months,” Anthony Barnston, Chief Forecaster at Columbia University’s International Research Institute for Climate and Society, explained to Climate Central.

According to the Washington Post, market research company IRI forecasts a 50 percent chance of La Niña developing by early fall, and over a 50 percent chance by next winter. The National Oceanic and Atmospheric Administration predicts equatorial sea surface temperatures to plummet in the next few months, reaching neutral conditions by July and La Niña conditions by August.

So what does this mean for our weather for the rest of the year? While the science is not always definitive when it comes to weather patterns, the following are all possible occurrences that stem from La Niña conditions:

As we learn more about the oncoming La Niña, AndNowUKnow will continue to update you.