SOMERSET, ENGLAND – With an errant pluck, one man’s hard work and prospective giant vegetable profits have turned into several servings of a bitter cabbage confit. One English gardener was in fits after a careless chef chopped up part of his prized 84 lb cabbage, rendering its competition future useless.

Dale Toten, head gardener at luxury hotel Ston Easton Park in Somerset, England, had been cultivating the plant since October of last year in order to enter it in an upcoming competition. Mere days beforehand, a chef from the hotel’s restaurant overstepped and chopped part of the plant to serve to guests. 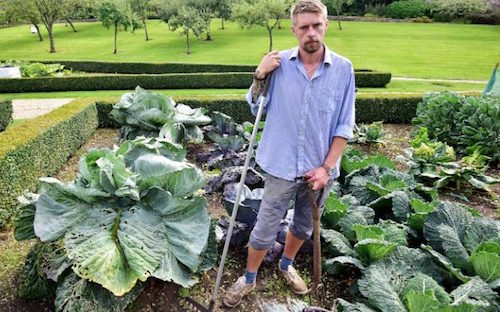 "They should all know [not to touch the giant vegetables]. Really it's just common sense. The staff who have been here a while know how things work but some are new and obviously don't know," Toten said according to the Telegraph.

What ensued was an understandably emotional confrontation, as Toten tried to track down the accidental pillager. Normally, Toten stated that the hotel's chefs are aware that only the normal-sized veggies are to be plucked and chopped to serve to guests.

"I walked straight to the kitchen and looked in the fridge and there it was. I had hoped to enter it in the competition, but it probably won't happen now. It's a bit of a mess. My heart sank. But then I lost my temper at anyone who was there at the time. Some chefs bore the brunt of that. They were very sorry. But I have not forgiven them yet. They will be banned from the garden,” continued Toten, also lamenting the loss of his once sought after prize money. 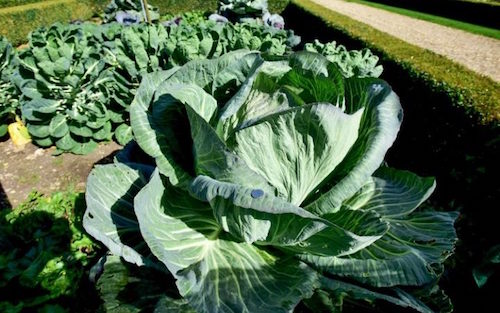 Once the chef responsible for the blunder came forward, emotions cooled in the kitchen with the incident now becoming what is referred to in the back end of the Sorrel Restaurant as “cabbage-gate.”

The accidentally offending chef admitted that he didn’t understand why he couldn’t touch the larger cabbage, and was looking to save some time by taking chunks of the massive cabbage, rather than picking several smaller ones.

"The irony is that the leaves of the giant cabbage were really bitter and we had to work very hard with it to make it right. So it's not even like it was worth it," stated Sous Chef Aaron Marsh.

Senior staff members pledged that new employees would be shown what not to touch in the future, to avoid future mishaps.

Is this the last giant vegetable fiasco in the near future? Most likely not. As harvests continue in the industry, and in the more niche realms of growing as well, AndNowUKnow will have the latest.