UNITED KINGDOM - For those of us that are into the tech and digital world, robots have got to be one of the most entertaining parts of the trade show floor. Retail leaders such as Walmart, Kroger, and Schnucks have already experimented with robotic aid, and it looks like our neighbors over the pond are making significant strides as well. Ocado Technology, an online grocery pioneer, has successfully trialed a humanoid robot in its U.K. warehouse, while Tesco has its sights set on bringing robots into its supermarkets.

According to The Engineer, the five-year-long collaborative project to bring Ocado's robot to fruition involved a number of European partners, which has led to key breakthroughs in robotic perception, task planning, and human-robot interaction that could ultimately be used in a range of applications, such as sorting in an Ocado warehouse.

Not only is Ocado's system able to use both of its hands to grasp and manipulate objects and use tools such as power drills and hammers but, thanks to a high level of hardware-software integration, the robot can recognize human activities and intentions, reason about situations, and interact with humans in a natural way—for instance, working in collaboration with a human to manipulate large objects. 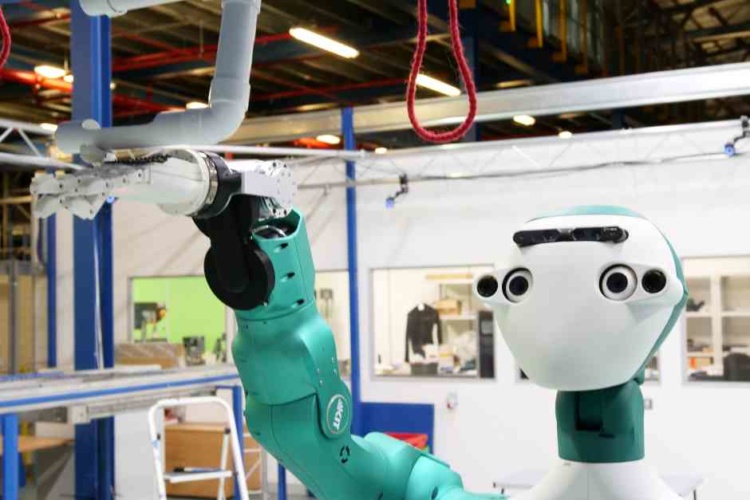 Other applications can be applied in brick-and-mortar supermarkets, which is what Tesco is exploring. Before COVID-19 halted its production, according to Bleeding Cool, the retailer was just three weeks away from completing the build of its first mini robot-driven distribution hub in the back of stores. The project was in partnership with the robotic supermarket specialist Takeoff. Once construction is allowed to restart, that facility could rapidly help deliver groceries ordered online more quickly and efficiently—which means robots in the supermarkets themselves.

Will we see more robots strolling the aisles and interacting with consumers as the new norm? Find out more as we chase the newswire on ANUK.