Over 2,000 Pounds of Drugs Seized From International Fruit Shipment

AZERBAIJAN - It pains me to bring you such upsetting news on this fine Tuesday afternoon, but once again, our beloved fruit has been used to conceal an illegal act. Although our source did not specify the kind of produce that was involved, we are saddened by the news nontheless. This time, the fruit was being transported from Iran to Ukraine, according to UrduPoint. The Customs Committee of the Republic of Azerbaijan seized a massive amount of heroin over the weekend, allegedly being trafficked throughout Europe.

"Upon inspecting the packages, we found overall 933 kilograms and 155 grams (2,056 pounds and 4 ounces) of heroin," the Customs Committee said in a statement. 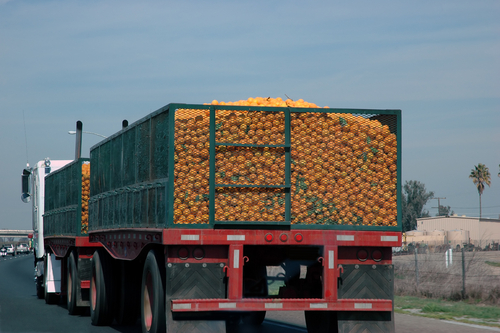 According to the news source, the illicit substance was wrapped in yellow paper and concealed within 1,884 square packages inside of a transportation vehicle. This event is followed by years of suspicious behavior amongst Iranian Islamic officials. Although the news source did not reveal further details, we are relieved nonetheless that our innocent produce is out of harm’s way.

To hear more of the latest news in produce, keep reading AndNowUKnow.