GLENDALE, AZ - From my understanding of beer brewing, it takes a careful combination of just the right amount of components to craft that perfect sip. Although you might not think cantaloupe belongs in a beer, you might want to think again. I chatted with Legend Produce’s Pete Weisman, Sales, to see how a visit to Arizona Wilderness Brewing Company became a match made in heaven.

“It’s a melon that reminds you of the cantaloupe you had as kid,” Pete begins, clueing me in to what makes this Origami cantaloupe so special. “We have the exclusive on this variety and have been growing it for a number of years. It has exceptional flavor, sugar, aroma, and travels very well.” 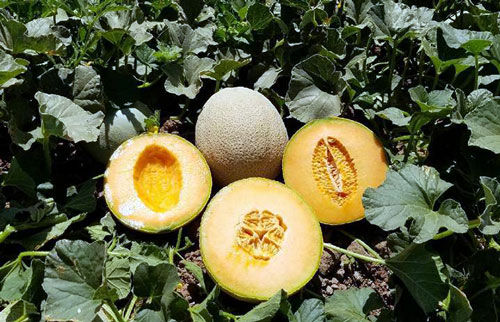 But still, the question lingers, how did this well-received melon make its way into Arizona Wilderness’ beer lineup? The story seems almost like a twist of fate.

“Arizona Wilderness opened up a little over four years ago, and in time, it’s become one of the better breweries around,” Pete shares with me. “I thought that it would be a good opportunity for Legend Produce because the brewery is known to use mostly local ingredients in the beers they make and the food they serve. All I did was go in there one day and talk to one of the guys walking around the brewery. I told him who I was and what we do, and then I asked if they’d ever be interested in doing a cantaloupe beer. Within seconds, they were like, ‘Absolutely!’”

The beer itself, a sour IPA named Virga, was brewed using 120 gallons of Origami cantaloupe juice provided by Legend. Pete explains to me that Arizona Wilderness collaborated with a UK based brewery named Cloudwater, all of which made for the perfect opportunity.

“We told them we’d be able to deliver the cantaloupe within a certain time frame, and it just so happened to work out that they were also collaborating with Cloudwater Brewing during the same time. It was kind of a match made in heaven.” 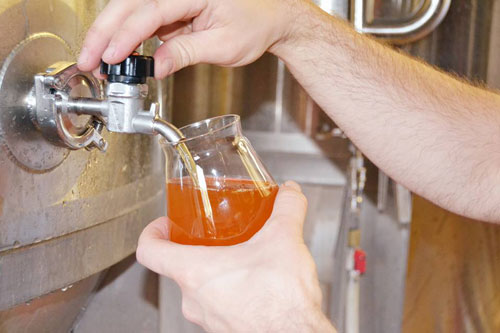 Over the years, sour beers, as well as IPAs, have exploded in popularity. With sharp acidic tasting notes, sour beer is beloved by many. IPAs are known for their traditionally hoppy taste, which can vary from bitter to sweet. What interested me about the sour IPA was the combination, because it was one I’d never heard of before. For Pete, it was his first time trying a sour IPA, too!

“If you’ve ever had a sour beer, you’re going to have a typical sour start and then it’s going to finish similarly to a regular IPA,” he enlightens me, making me want to fly down to Arizona and give it a try myself. The beer is a special local offering, and I’ve never been so jealous of Arizona in my life.

Canning 120 cases out of 40 kegs, this beer is sure to go quickly, so if you’re anywhere near Arizona Wilderness Brewing Company, stop in and try that sour IPA, made possible with Legend Produce Origami cantaloupe.