Publix Makes Further Moves Towards its Expansion into Virginia

LAKELAND, FL - After nearly a year of putting plans into the works to bring the Publix name into the competitive Virginia market, it seems like the undertaking may finally be within reach.

According to a report from the Richmond Times-Dispatch, the Florida-based grocer has obtained permits that will allow them to renovate four Martin's Food stores it acquired from Ahold-Delhaize during its pre-merger divestiture. These will be the first completed stores under the Publix banner, with two independent locations scheduled to open in Bristol and Richmond in the fourth quarter of 2017 and 2018, respectively.

As we reported in early 2016, Publix’s announcement that it is building stores in Virginia marked the company’s first entry into a new state in four years. A few months later, the company revealed it was purchasing 10 Martin's locations in the Richmond, Virginia-area, putting its entry into the state on a fast track. 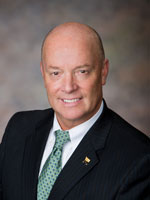 “Acquiring these 10 locations aligns with Publix’s aggressive growth plan for the commonwealth of Virginia,” Publix CEO and President Todd Jones said at the time of the acquisition. “We are looking forward to providing Virginians with the high-quality service and products our customers have come to expect and have earned us recognition throughout the industry.”

According to the Tampa Bay Times, the obtained permits estimate Publix will spend around $16 million renovating those stores. An official from Publix speaking with the Times-Dispatch confirmed that the retailer has not yet revealed exact date the stores will open.

This entry into Virginia will pit Publix against such grocery heavy-hitters as New York-based Wegmans Food Markets for the first time ever. Wegmans has been in the Richmond, Virginia market since 2016, when it entered with two locations.

As more details about the new Publix remodels are revealed, AndNowUKnow will provide you with the latest.