CALIFORNIA - A shift in the jet stream is expected to bring rain and mountain snow to the Golden State this week—bringing much needed relief to the fire-afflicted state. 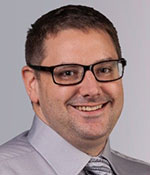 "The rain mid- to late week will greatly aid crews battling the Camp Fire," said AccuWeather Senior Meteorologist Mike Doll in a report. "The negative is rain can be heavy enough to cause flooding with a risk of mudslides and debris flows in the burn areas."

An arid summer and early fall, pairing with windy conditions, have allowed wildfires throughout the state to run rampant in recent days. 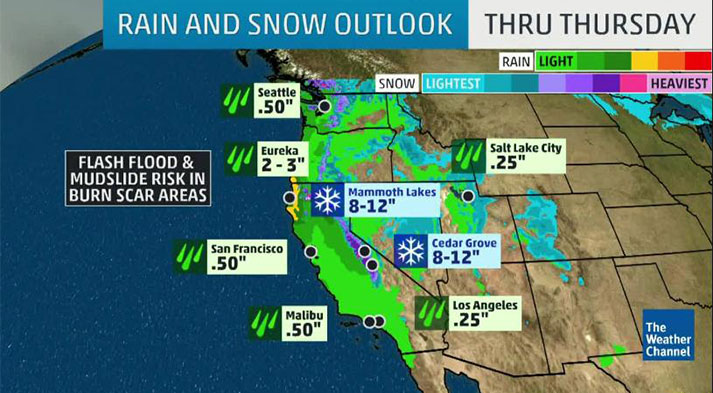 "The wet season in California has been off to a dry start, which has played a role in the devastating wildfires in both Northern and Southern California," noted a Weather Channel report. "Very poor air quality due to the smoke will continue to be a concern early this week, and air quality alerts have been issued as this stagnant weather pattern will persist over the next few days. The upcoming storm should blow much of this smoke out of the area."

Gusty weather may exacerbate local fire conditions prior to rain, with fires behaving erratically as a result, according to AccuWeather. 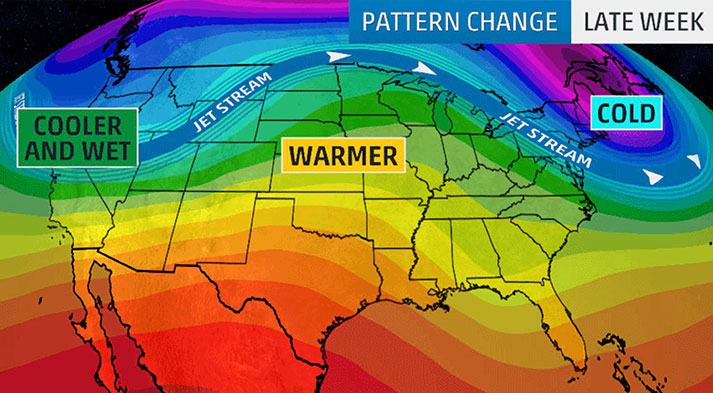 Rainfall is expected to touchdown Tuesday or Wednesday of this week.

For more on this and other news as it impacts important growing regions, keep reading AndNowUKnow.