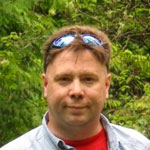 “October was one of our wettest on record, and December has produced a nice rebound from November’s below-average precipitation,” Michael Anderson, State Climatologist, in a DWR release. “California needs sustained above-average precipitation and a decent snowpack to overcome the previous years of drought.”

The 2017 water year began with robust rainfall in October, in the Sierra Nevada regions that the DWR continually monitors. Northern California had a particularly wet October, the wettest in thirty years, sparking optimism among those hoping for more rainfall. Less than optimal rainfall in November, though, somewhat curbed those hopes.

Based upon yesterday's hi-res satellite imagery, most of #NorCal's mountainous locales are enjoying a #WhiteChristmas this year! #cawx pic.twitter.com/AHwpgrIt2w

The DWR noted that it’s too soon to determine whether this winter’s wet season will drop enough snow and rain to end California’s five-year drought. Snowpack is at its deepest and most water-laden at the beginning of April; the DWR and other weather watchers won’t be able to tell, with certainty, how helpful the season’s downfall has been in combating drought until then.

Manual readings intended to supplement the department’s electronic data will be taken on snow courses during the next several weeks.

Will wet winter months deliver us from California’s protracted drought? Check back in with AndNowUKnow for updates as they happen.