WASHINGTON, D.C. – Rick and Tonya Antle, two produce industry mavens that have made a name for themselves for over 60 years combined, are being honored by the United Fresh Produce Association for a lifetime of achievement. 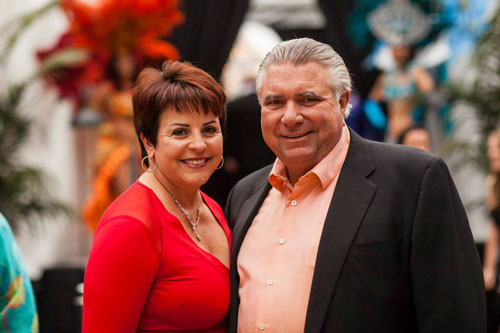 Together, these produce leaders will receive the Lifetime Achievement Award during the United Fresh Midwinter Leadership Forum, January 12-14, at the La Quinta Resort and Club, in La Quinta, CA.

“When you think of true produce industry icons, both Rick and Tonya Antle are at the top of that list,” said Brian Kocher, COO of Castellini Company and Chairman of the United Fresh Board of Directors. “Both Rick and Tonya each have had tremendous careers in their own right, not only advancing their own companies, but serving as leaders to move the produce industry forward.”

“This is the first time we’ve honored two individuals together, and I can’t think of another couple who so fully complement one another in their contributions to the fresh produce industry,” he said in a press release. “From Tonya’s spearheading the growth of the organic produce sector to Rick’s constant innovation at Tanimura & Antle, both of our honorees truly deserve this recognition.”

Rick Antle has been at the helm of Tanimura & Antle as its President and Principal since 1982, and more recently, as its CEO since 2003. Over the years, he has been recognized by a number of organizations across the produce industry, including the Salinas Chamber of Commerce as its outstanding young farmer.

Tonya Antle has also enjoyed a similar recognition. Having grown up on her family’s table grape and citrus farm in Delano, CA, Tonya has been recognized as a top spokesperson and trailblazer for the organic produce segment, helping to propel organic produce from the fringe to mainstream mass-market retailing, United Fresh said in a press release.

Rick and Tonya reside in Carmel, CA, and have three sons, one daughter, and a daughter-in-law.

AndNowUKnow would like to congratulate Rick and Tonya on this monumental achievement, and wish them all the best.

To register for the Midwinter Leadership Forum, click here.